‘Tribal philosophy can’t be ignored beyond a point’

At a time when climate change is emerging as a reality, indigenous people are eager to give-up their low-carbon lifestyle and join the bandwagon of consumerism. Is their traditional lifestyle destined to die a natural death in the development process as some anthropologists predict? Veteran forest rights activist, scholar and historian Sanjay Basu Mullik, who heads Jharkhand Jangal Bachao Andolan, discusses emerging challenges of forest rights movement with Aparna Pallavi. Edited excerpts: 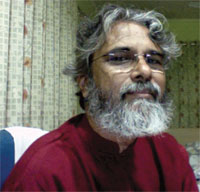 Your views on the tribal way of life.

More than ever before people are realising that the dominant mode of life and livelihood—in simpler words the West­ern lifestyle based on super-consumption —is destructive and unsustainable. As developing economies like Brazil, India and China are catching up with the carbon-intensive lifestyle of the West, the realisation is spreading fast that climate change is a reality and that it is anthropogenic. Just a few decades ago, the tribal way of life was considered simply romantic, and was labelled anti-science, anti-national and anti-development. In the late 1950s, Nirad C Chaudhari in his The Continent of Circe saw the disappearance of tribals as an inevitable outcome of industrialisation. Now, a very significant section relooks at the tribal worldview as a possible alternative to the consumerist one.

Where does this stand in the established power structure?

Naturally, the dominant power structure has an interest in perpetuating the consumerist lifestyle. But there are evidences of the beginning of a fundamental change in the way states look at resources and their use. A recent crucial event was Bolivia enacting the Law of Mother Earth. In 2008, Ecuador had passed the Right of Nature Law. One of the clauses in the Bolivian law accepts the definition of Mother Earth as the way it has been defined by the country’s indigenous people. This is the first time the outlook of a bio-centric rather than an anthropocentric world has been legalised. Legal recognition is now possible for the right of a hill to be a hill and the right of a river to flow. These laws show the state’s power structure, which is mostly dominated by votaries of the dominant lifestyle, is somewhere swayed by the outlook of the indigenous people.

Do you see the trend percolating to the rest of the world?

Yes and no. Indigenous populations are now in a stronger position than before, and there is a section of thinking, sensitive people in the dominant culture that is supporting it. Take the case of the UN Declaration on the Rights of Indigenous People (UNDRIP). The dissenting countries—Australia, the US, Canada and the UK—were forced to change their stance by sheer pressure from indigenous people as well as a large chunk of non-indigenous intelligentsia from Europe and the US. The pressure groups have facilitated the Universal Declaration of the Rights of Mother Earth. 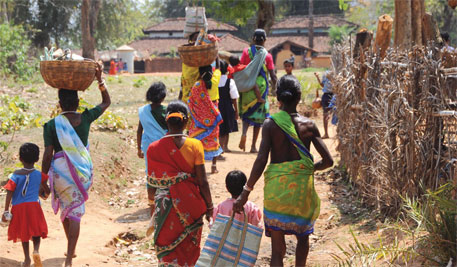 On the flip side, the section that believes in the tribal philosophy of life is shrinking rapidly as consumerist market forces penetrate the tribal heartland. A section is fast emerging with elite aspirations—it is as greedy as the votaries of the Western culture. The so-called developing world is catching up on emissions. NASA images show that virgin rainforests in the Amazon are disappearing fast. Why? To fuel Brazil’s industrial aspirations. China, which saw itself as a socialist country until virtually yesterday, is now ruthlessly fuelling production to be able to dominate the world economy. India is not far behind either.

Please elaborate on how India fares in the scenario.

The number of indigenous people supporting the consumer culture is rising fast. The demand for high-carbon equi­pment—cell phones, cars and other electronic gadgets—is increasing even in the remotest of places. Exposure to development is changing perceptions. Being a forest dweller is seen as being backward, helpless and a target of exploitation, and a move to the other side is seen as the solution. The situation is pronounced even within the ranks of social movements—the line between activists and petty politicians is becoming thinner. The phenomenon of movement leaders jumping into party politics and abandoning tribal philosophy is on the rise. Grassroots activists are heavily concerned with imitating the lifestyles of middle-class activists. For instance, if I am forced to take a flight to save time, my tribal colleagues in the movement will inevitably start dreaming of when they will be “big” enough to fly. We cannot blame them. We have to face the fact that despite the realisation, there is no real willingness in society at large to go for the necessary change of lifestyle.

What are the challenges before forest rights movements?

The purpose of the forest rights movement is that we want the forests to come back. But today, a lot of people want to be on the forest regeneration bandwagon for ulterior reasons. Beneficiaries of carbon trade want the forests back for greater carbon sequestration. Governments want it for the sake of the huge money that the UN offers to countries that pledge to protect forests in return for carbon credits. India is one of the biggest claimants of this money—its target to afforest or restore ecosystem in 20 million hectares over 10 years is greatly motivated by the funds coming through Green India Mission and other similar schemes. We have to challenge this view and the interest-groups.

But even if we assert that we want to protect and restore forests for people living in them and for the planet, there are different viewpoints. Researchers like Ra­mchandra Guha and Madhav Gadgil have championed the view that industry is to blame for the increasing greenhouse gases, and it is the job of the government to restrict its emissions. But the problem is deeper and has to do with the way capital operates. It is the nature of capital to multiply and if it is allowed to dominate economy, it will push the production-consumption spiral despite all good intentions. We cannot hope for state control as it has always been a stooge of capital.

Look at the recent Land Acquisition and Rehabilitation Bill in India. It is drafted with a bias towards development, providing better returns for resource-owners and promising a good start at entry into consumer culture. In the guise of justice, this sort of legislation facilitates the percolation of the consumerist outlook into the poorest of the poor. And that is where comes the big question that forest rights groups have to answer for themselves.

What is this question?

Is it true, what a large section of pro-development people believe, that the tribal lifestyle is destined to die a natural death in the development process? I have been repeatedly confronted with this argument since I started working for tribals in Ranchi 35 years back. The Communist outfit with which I was initially working wanted me not to romanticise tribals but to bring their movements into the working-class fold. They sincerely felt that that was the only future the tribals had. Christian missionaries working in the area in those days warned me that tribals and their lifestyle have no future—that they are passing through “cultural fatigue” and will be eventually assimilated. Recently, a world-renowned economist asked me, “Can you stop the march of the cell phone and its culture to the lowest rungs of Indian society?” And every time I have had to ask myself, if what these people believe is true—a lot of tribal people also believe that finding a foothold in the mainstream economy is their best bet—then why are we wasting time? Why are we fighting this war if those we are fighting for, and also all our soldiers, are going to end up in the enemy camp anyway? It is an annoying question, but politically, it is a major question. There will be a huge vacuum in the movement unless we answer this.

So what keeps you going?

Throughout my career as a forest rights activist, I have had to tell myself repeatedly that my work is not worthless, and yet I have had to face the overwhelming amount of evidence accumulating to the opposite. But what keeps me going is the realisation that the appeal of the tribal philosophy is potent and authentic. It has direct bearings on the future of life on Earth, and it cannot be ignored beyond a point. Also, in recent years, a new phenomenon has come to my notice. A significant section of young Europe is revolting against criminal consumerism—movements like vegetarianism and slow food are not against meat or the occasional snack per se—they are more against the way food is being produced and the way consumption patterns based on excessive meat and fast food are being forced on the people. The growing popularity of organic farming, primarily for self-consumption and only then for the market, is actually a reinvention of tribal cultural values. I met people who are trying to practice low-carbon lifestyles through efforts like homesteading, and there is a renewed interest in low carbon life arts like cob housing. Several people from the West who visited my area were genuinely enthusiastic about the tribal lifestyle. They would rather walk long distances where I was inclined to take the car.

I feel that tribal philosophy is a way of life—and its appeal is not limited to specific ethnic groups whom we recognise as tribals. In the West there is a section that is seriously searching for a way out of the consumer trap. And also, despite exposure to consumerism, there is still a strong section among the indigenous groups which is aware enough of its dangers not to be lured by it. Both these groups are opposing the development onslaught. In future, one of the important jobs of the forest rights movements is going to be to bridge the gap between the two. There, I think, lies the future path of the movement.