`Industries easily find political protection whenever we are strict' 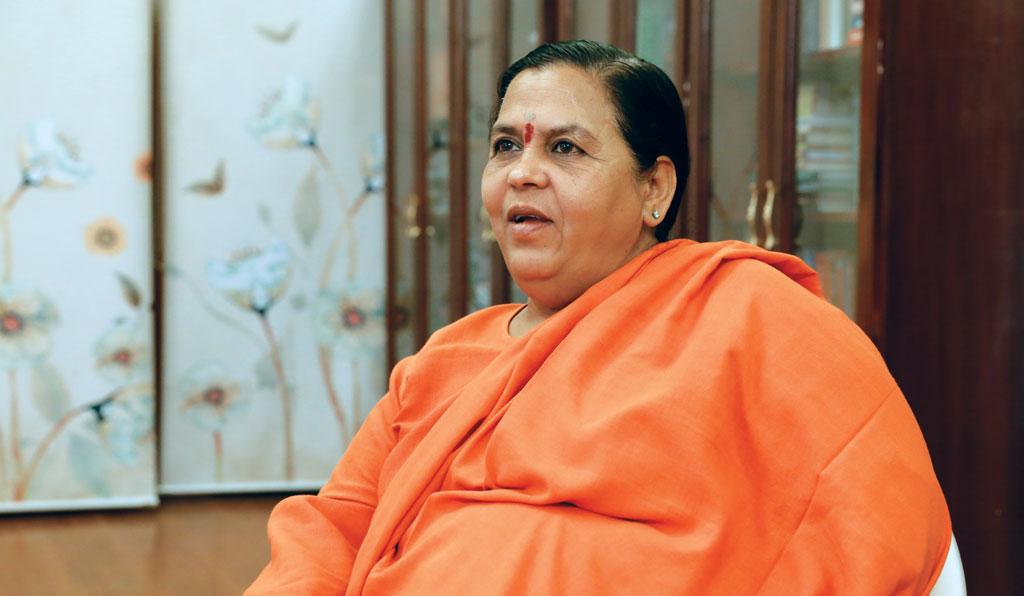 People call you India's first Ganga minister. What do you plan to do?

Water is the key to life. But there has been mismanagement of water, not only in India, but also across the world. In India, the reason for this is the huge population. Every Indian respects water. They only need to be made aware of the problems in order to fix them. It is a challenge, but not an impossible task.

How will you prioritise the problems to search for viable solutions?

There can be no prioritisation, but there can be timeline to tackle different sources of pollution. I can certainly say that the most challenging one is the wastewater being dumped by industries. Some units release poisonous chemicals. Therefore, industrial effluents need proper management and the industries themselves need to come up with solutions. The problem is that industries easily find political protection, and escape whenever we are strict with them on monitoring and compliance. We have asked various state governments—where the Ganga flows—to be very strict with industries. Domestic sewage, on the other hand, can be treated and reused. The ministry of urban development is in charge of treating wastewater from the cities. Now it is flowing into the river and its tributaries. Treating wastewater from the cities—be it industrial or domestic—is the most challenging part of Ganga cleaning. Tackling pollution from the rural areas is comparatively easy. We are confident of getting the support of villagers, where small-scale wastewater treatment plants can be constructed. At other places, we are innovating with local solutions to treat wastewater. Planting trees on the river plain, for instance, can be a solution in some areas.

How is your plan different from that of the previous governments? Can we bring back the Ganga to her past glory?

I personally feel there was no proper planning to clean up the Ganga before the National Democratic Alliance (NDA) came to power. The previous government depended entirely on bureaucrats to devise river clean-up programmes. And the bureaucrats only pushed for setting up sewage treatment plants (STPs) and effluent treatment plants (ETPs).

But they underestimated the pollution load to be treated in the STPs and ETPs. During power cuts, untreated sewage went directly into the river.

The construction and maintenance of STPs and ETPs are very expensive. More-over, since it used to take 10-12 years to make them operational, these technologies were completely outdated. They are not the most important part of our plan.

Now for the first time, we are making a holistic plan and this methodology will be applied to other rivers as well. We are focussing on four to five important aspects. For instance, we are researching plant species that can be grown on the banks of the Ganga so that the catchment area increases. We are also exploring options to store monsoon water near the river, so that it can be released into the river during dry periods, or during drought.

To maintain a healthy river flow, the most important role is played by the flora, fauna and human settlements near the river. We are trying to revive such aquatic fauna and flora in the Ganga. We are laying a greater emphasis on desilting.

We have also brought together experts from across the country. I was able to get help from the seven Indian Institutes of Technology. I have personally tried to bring the various stakeholders—fishing communities, leather industries, pulp and paper industries, wine industries, Forest Research Institute and the Central Inland Fisheries Research Institute—on the same platform to enable us to plan better.

The concept of ecological flow is still taking roots. Can the Ganga set an example?

This concept is very new to India. Indians have begun to realise that by developing new infrastructure mindlessly, we are destroying our traditional water wealth. We have to be very strict about the ecological flow of a river. It takes millions of years for a river to regenerate, but it can be killed instantly by constructing just one dam.

Everybody thinks I am against dams. It is not true. I have only advised that we should not construct a dam mindlessly in the middle of a river, but construct it in such a way that we leave enough water to maintain the ecological flow. We need to maintain the various properties of a river across all its length. The National Environmental Engineering Institute, which is working on this, will complete its research in two years.

Cleaning the Ganga and the project to interlink India's rivers are the top priorities of your ministry. Which one do you think is more difficult and why?

Both are different projects. The first river interlinking project is coming up at Ken-Betwa in Madhya Pradesh. The project has been delayed by three to four months as environmentalists did not clear the project. The country needs such projects as the country’s GDP is agro-based.

Can we see a clean Ganga by the end of this year?

The cleaning of the Ganga is being done in phases. The first phase of change will be visible in October this year. In this phase, we are focussing on surface cleaning and solid waste management. Plastics, polyester, polythene, bottles, bodies, which float on the river, will be removed completely. The ghats will also be cleaned. Solid waste entering the river through the drains will also be checked.