25 years after death, Chico Mendes lives in to save Amazon

Twenty-five years after he was shot dead, environmentalist Chico Mendes remains a living force in the movement to save the Amazon. Because of his unique vision, he has become a global icon for social change 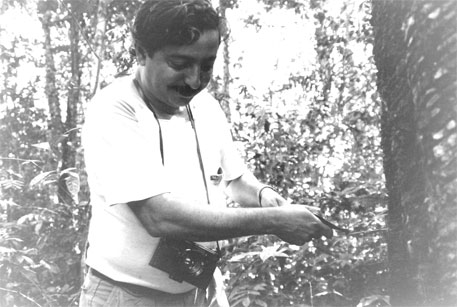 On December 25, 1988, DarciAlves, son of a land-grabbing cattle rancher, walked to a wooden cottage on a muddy street in Xapuri, a small town in the Amazonian state of Acre. With a .22 in his hands, the 22-year-old lad waited by the fence in the backyard of the modest house of Chico Mendes. A little later, as Chico stepped out to take a shower in the backyard, Alves fired at him. It was a clean shot; Mendes collapsed instantly, with his blood flowing into the reddish soil.

Mendes was a rubber trapper. He was also a union leader and environmental activist who organized the tappers to stop the big landowners from cutting down trees for their farms. In that lawless part of Brazil in those chaotic days, the ranchers were a law unto themselves. But as Mendes-led movement made it tough for them to carry on illegal logging, they sent Darci to put a bullet into his head.

Next day, a muggy summer noon, when they brought Chico’s casket to the centre of Xapuri, a young politician named LuizInácio Lula da Silva, who was presidential candidate of the Workers’ Party, stood beside his body surrounded by tappers and indigenous tribes. Then Lula addressed the mourners in his impassioned way. “Are these people so dumb that they thought killing Chico Mendes will kill his fight? Let's make the fight of Chico Mendes to consolidate this country,” Lula said to rounds of applause and slogan shouting. Lula’s words proved to be prophetic.

Born into a family of tappers, Chico began working in forest as a child. Growing up in Xapuri, he came in touch with some priests of the progressive Liberation Theology movement and a fugitive Communist who lived in the jungle. The leftist, probably on the run from the country’s army dictators, taught Chico how to read and write. He also gave an ideological spin to Chico’s rebellious ideas.

By his early 20s, Chico had developed a unique vision: rural workers and indigenous people should work together to protect the forests from which they gained their subsistence. To turn his vision into reality, Chico would lead groups of tappers and indigenous people into the jungle to hug the trees and form human chains around them when the loggers arrived there with their electric saws. In Brazil’s Wild West, where bullets were used to silence the rebels, this non-violent movement completely foxed the ranchers.

As the movement grew across the Amazon, Chico began to travel across the Americas, campaigning for the forest and its people and joining hands with other international environmentalists. In the last two years of Chico’s life, the vision expanded. And then they tried to put an end to it with a .22.

But 25 years later, the vision Chico died for lives on. Last weekend, in cities and towns across the country, environmental campaigners and policymakers came together to remember Chico’s message. The Brazilian government has declared him Patron of the Brazilian Environment. Institutions have been named after him, including the main state agency in charge of conservation. After his death, Mendes's home state of Acre has pioneered the establishment of extractive reserves.

The powerful landowning lobby in this country has failed to silence Chico even in death. He has become a symbol social change. It’s because of his unique vision. Chico wanted the forest to be used sustainably rather than cut off from economic activity or cut down. This became a reality soon after his death when the Chico Mendes Extractive Reserve was created on 1 million hectares of forest around Xapuri. The reserve has electricity and schools, and many students have graduated from university. Based on this model, 68 extractive reserves have been established in the Brazilian Amazon, covering more than 136,000 sq km.

In Xapuri, the house where Chico lived and died has become shrine of the country’s environment movement. Down the road is the Chico Mendes Museum, which houses photos, texts and objects used by the union leader. The city has not forgotten the conflict that led to Chico’s murder. The entrance of the town, with just over 16,000 inhabitants, has a huge board that says: “Xapurí, City of Chico Mendes.”

Chico’s killer, who ran away from jail once, now roams free. But he is today a defeated man. The ranchers wanted to silence Chico’s voice in Xapuri, but it went global. His story has been immortalised in books and films. As a model of grassroots activism, from South America to Asia, people follow his vision of protecting their sustainable way of life.

In April next year, people who knew or wrote about Chico will meet with activists, scholars and policymakers from around the world at a conference in Washington, D.C to discuss the “legacy of Chico Mendes and the global grassroots environmental movement”. The conference has been aptly named “Chico Vive” (Chico Lives). People like Chico never die. They live through their vision.
---
Shobhan Saxena is a Sao Paulo-based journalist and writer. He is also a visiting professor of international relations at University of Sao Paulo