With rapid rise in the incidence of breast cancer, a new approach for early detection is welcome 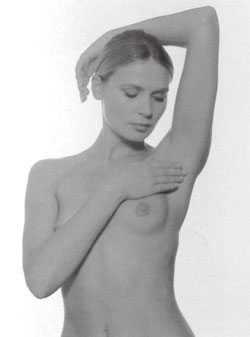 mammography, a low energy x-ray suitable for soft tissues is considered by oncologists as the best method available for early detection of breast cancers. But a lot of conflicting reports are appearing about the use of this diagnostic test. Two diametrically opposite views have been taken by the major agencies involved in health in general and cancer control in particular on the need for annual mammographic screening for women aged 40-49 years (Science, Vol 275, No 5303).

Breast cancer, significantly high among American and North European women as compared to Asian and African women, is now on the rise in Indian cities. It is now considered a leading cause of death from cancer among women between 35-54 years of age. In Delhi, it is fast emerging as the most common form of cancer.According to the World Health Organization (who), world-wide deaths from breast cancer will rise to 5,00,000 by 2000 ad, and almost a fifth of those will be in the Indian subcontinent. Unfortunately, while the number of breast cancer cases continue to rise, there are no matching efforts to educate women about tumours, both malignant and benign. Social stigma coupled with lack of information on time and awareness adds to the numbers.

The American Cancer Society is considering how often women in their 40s should have mammograms. Having previously recommended biennial tests, it now suggests that annual tests are adequate. A different approach has been advocated by the National Cancer Institute, Bethesda. It had recommended that women should come forward on their own, but now wants automatic tests every year or two. Interestingly, all this came after a panel of independent experts convened by the National Institutes of Health, Bethesda decided early this year that women in their 40s should decide for themselves with or without a doctor's advice.

All these conclusions are being drawn from the same set of data. Then why the discrepancy? Simply because the scientific evidence is still ambiguous. For example, the often quoted statistic that one woman in eight gets breast cancer assumes that all women live up to 100. The odds of a woman in her 40s, particularly if she does not have a mother or sister with breast cancer are therefore far lower, maybe about one in 66. The risk is known to rise rapidly as they reach their 50s and 60s and regular mammograms at that age may save some lives. Yet, cancer in younger women tends to be more virulent, growing faster, and killing faster. Which means that any test to detect cancer has to be more sensitive to be useful, as cancer is more difficult to detect in younger women. Their breasts tend to have more glandular tissue and less of fat than older women, and with the glandular tissue often of the same density as tumours, they often remain hidden on x-ray.

Why not then err on the safe side and let everyone have mammograms? Mammography does carry some risks including exposure to unnecessary radiation. Women who have mammograms every year during their 40s run a 30 per cent chance of being told that the x-ray shows an abnormality, even though their breasts are normal. A vast majority of these women are put to avoidable anxiety and tension in addition to unnecessary biopsies or even mastectomies. False positives lead to more tests, more painful and unnecessary biopsies and even surgery, almost always causing considerable emotional trauma. The more often a young woman is screened, the more likely she is to have unnecessary treatment.

Early detection is crucial to control breast cancer. In a majority of cases breast cancer is painless which is why detection is generally delayed. Hence doctors advice all women in the years 40-65 to conduct regular breast self examination in a standing position every month after menstruation for any lump, thickening, small nodule or an abnormality. This is the only period when a woman's breasts are in a normal state. If there is some suspicion of cancer, a baseline screening is done through mammography.