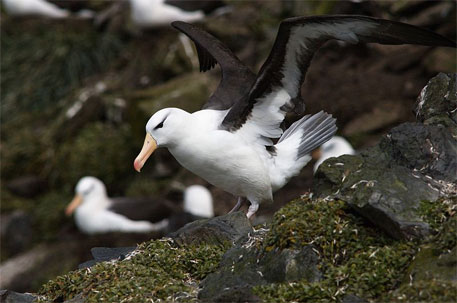 The Antarctic and Southern oceans are teeming with life, yet the continent faces increased threats from fishing, tourism and science programmes, according to a recent report by scientists.

The report, which was published in the journal Nature notes that forms of human interference linked to increased fishing activity, tourism and scientific programmes posed a threat to Antarctic biodiversity. “People have been driving ATVs [all-terrain vehicles] through moss beds, science stations have been dumping their sewage and oil spills have gone underreported,” lead author of the report, Professor Steven Chown of Monash University told The Guardian.

Chown added that the 1991 Protocol on Environmental Protection, which states that the region should only be used for scientific and “peaceful purposes”, had quickly been interpreted as allowing any activity, “as long as it’s not military or a nuclear power plant”.

Only 1.5 per cent of the land and less than 10 per cent of the oceans around Antarctica fall under special protection. A long-running proposal to designate the Ross Sea (one of the bays surrounding Antarctica), sometimes called “the last ocean” of the world because of its pristine condition, as a marine reserve has so far failed to be negotiated by the convention on the conservation of Antarctic marine living resources.

The Guardian report noted that good control measures had prevented the introduction of invasive alien species – with the notable exception of annual bluegrass, which was quickly outcompeting the only two indigenous flowering plants on the continent: the Antarctic hair grass and Antarctic pearlwort.

A plan being drafted should be ready by the end of 2016, which would then be presented to all the treaty parties, Chown said.

The changing form of Antarctic biodiversity