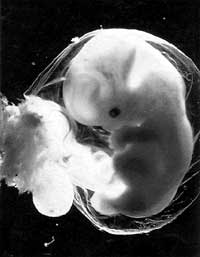 it was an experiment waiting to happen ever since Dolly the sheep was born. Yet, when us-based biotechnology firm Advanced Cell Technology (act) cloned a human embryo, the breakthrough rekindled the debate on human cloning. This even as the objective of the test was not creating a human being, but mining the embryo for stem cells to evolve therapies for curing diseases.

While the pro-cloning lobby has termed it as a milestone in therapeutic cloning, staunch opposers of stem cell research have voiced their apprehensions that the research is a step closer to human cloning. As a response, the White House has reiterated its 100 per cent opposition to human cloning. However, Norman Fost, director of the bioethics programme at the University of Wisconsin-Madison, believes that a "slippery slope" argument for banning therapeutic cloning is a poor approach.

Going by what act says, the firm has only tried to offer a method that would involve combining human eggs and a person's own cells to create embryos. These would provide stem cells, which in turn could serve as a replacement tissue in diseases such as diabetes. The resultant exact genetic match would obviate the need for anti-rejection drugs (see box: Breaking new ground ).

But as this would require destroying a cloned embryo to extract its stem cells, the medical breakthrough has unleashed a storm over ethical issues. Roman Catholic leaders condemn the loss of innocent human life involved in the research. "Cloning violates the dignity and the identity of human life," says Archbishop Tarcisio Bertone. Raymond Flynn, president of the National Catholic Alliance, doesn't mince his words. "I believe it is a moral breakdown," he says. Australian Senator Brian Harradine feels that urgent action is needed to ban cloning of human embryos for any purpose and to cut off any funding for any scientist or company involved.

In the us, federal money cannot be used for cloning research involving human embryos and so only private firms can carry out such experiments as act did. The Australian parliamentary committee recently recommended that Australia should ban all cloning to produce humans and creating embryos for experimentation but favoured using surplus human embryos from fertility programmes for research. The uk has constituted a regulatory authority with members from both the private sector and government to periodically review and assess breakthroughs in cloning research. The regulatory body bans all reproductive cloning while allowing it for therapeutic purposes.

So, while the advantages of cloning are well recognised, there are many legal, ethical and medical issues that need to be tackled before the technology is given a clean chit. Although act's breakthrough is still a long way from making a baby, Italian fertility expert Severino Antinori says that the development would speed up his project of helping 150 million people without sperms to have children. "Now I will clone human embryos for reproductive purposes within four to six months," he says. Patrick Dixon, an authority on the ethics of cloning in Britain, has sounded a warning: human embryos could be legally cloned in one part of the world and then implanted in women in another corner of the globe. Consequently, some us lawmakers have also called for an international code for such research. There is every possibility that private firms would attempt to transplant early embryos into a woman's womb to produce a cloned human being. us Democratic Senator Dick Durbin says, "With this breakthrough, the Senate will step back and say we cannot stop the march of science; where should we draw the public policy and moral lines?"