The use of cellular phones can damage heart pacemakers 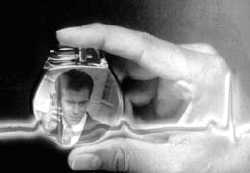 a recent study has established that mobile phones can disrupt implanted heart pacemakers. The interference caused by hand-held wireless telephones may prevent cardiac pacemakers from functioning properly. A team led by David Hayes of the Mayo Clinic in Rochester, Minnesota, came to this conclusion after conducting studies on 980 patients with cardiac pacemakers with five types of telephones ( The New England Journal of Medicine , Vol 336, No 21).

The researchers report that nearly 6.6 per cent of the pacemakers showed clinically significant interference. In some cases, the phones inhibited contraction of the ventricles, which can be dangerous. However, there was no clinically significant interference when the telephone was placed in the normal position over the ear. Following the reports of interference between European cellular telephones and cardiac pacemakers in 1994, the us government and researchers started examining the potential for wireless (cellular) telephones to interfere with implanted pacemakers.

The researchers say many forms of the electromagnetic energy can potentially interfere with the function of implanted cardiac pacemakers. In hospitals, magnetic resonance imaging scanners, lithotripsy devices, and other medical equipment can also cause interference, they say. Several small investigations had earlier demonstrated that interference may occur with various digital telephones. But analogue telephones do not cause any interference.