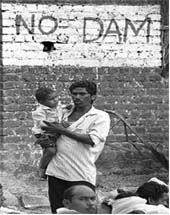 The UK has banned the import and sale of a Chinese herbal medicine after it was linked to kidney failure. Aristolochia, used to treat fluid retention and rheumatic symptoms, was banned until October 27 on the advice of the Independent Committee on Safety of Medicines.

The government said Aristolochia had been prescribed "by mistake" after it was confused with a medicine made from the clematis plant with the same name in Chinese, 'Mu Tong'. Two cases of kidney failure have been linked to the medicine. "The recently-reported UK cases of kidney failure are associated with the herbal ingredient known by the Chinese name Mu Tong -- used to describe at least four different plants including species of clematis, akebia and aristolochia," an official statement said.

"In both cases, the Mu Tong used was, in fact, the toxic species Aristolochia rather than one of the other harmless herbs," it added. Aristolochia was blamed for more than 70 cases of kidney failure in Belgium in 1993.