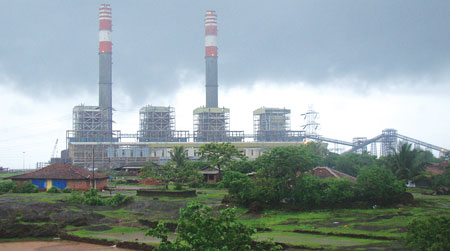 Clean energy does not seem to be that much a priority for the Narendra Modi government at the Centre. In the hundred-day score card of government in the power sector, clean energy got minimal space.

Power minister Piyush Goyal patted himself in the back for his achievement in the first 100 days on Sunday while interacting with journalists from 12 centres from across the country. They were invited to interact with him through video conferencing. The conference began with a 10-minute video showing Prime Minister Modi’s commitment to fight darkness. Goyal’s talk mostly revolved around coal.

The little he did mention about promotion of clean energy pertained to revival of the previous government’s policy which had been neglected in the past couple of years. For instance, the government has restored accelerated depreciation (AD) benefit to wind-power developers to increase wind generation capacity. AD is a tax benefit scheme that can be availed by anyone setting up or investing in a wind energy farm. The minister claimed that ad-hoc termination of this benefit in 2012 had resulted in nearly 50 per cent fall in capacity installations in 2013.

Along with accelerated depreciation, introduced in the early 1990s, another incentive that gave 50 paise for every unit of electricity generated was withdrawn on March 31, 2012. It was later reintroduced in the March, 2013, budget.

Goyal announced that the anti-dumping duty issue has been amicably resolved  and that impetus would be given to ‘Make in India’ solar manufacturing along with priority for domestic content in solar projects. He highlighted the fact that hike in budget outlay for renewables has been increased by 65.8 per cent (including direct hike in solar financing by Rs 1,000 crore), primarily for solar water pumps and setting up of ultramodern solar power projects.

In the case of coal energy, he said coal-based electricity generation has increased by a record 21 per cent from June to August 2014 compared to corresponding period last year. Similarly, Coal India Limited (CIL) has given an in-principle decision to purchase 250 additional rakes (for Rs 5,000 crore) to evacuate more coal. He also informed that the government is accelerating to build three critical railway lines in Chhattisgarh, Jharkhand and Odisha. According to him, it has potential to yield 60 million tonnes coal per annum by 2017-18 and up to 200 million tonnes by 2021-22.

In the list of his achievements, he highlighted that the government has began allowing automatic transfer of linkages from old and inefficient plants ( generally 25 year old plants) to ultra-modern super-critical plants in order to maximize power generation from the same amount of coal. Coal linkage rationalization is also under way (Gujarat and Chhattisgarh swap completed) which aims to link power plants to the nearest mines. This initiative alone could save hundreds of crore, he claimed.

He also mentioned Deen Dayal Upadhyay Gram Jyoti Yojana with expected investment of about Rs 43,000 crores for feeder segregation for agriculture and domestic usage in rural India, and integrated power development scheme with expected investment of about Rs 32,600 crore for strengthening of sub-transmission and distribution infrastructure, including metering in urban areas and underground cabling. Together they would be a major step forward for our vision of 24x7 consistent power, he said.

Long-pending transmission projects worth Rs 12,272 crore have also been cleared, he claimed.

When he was asked about clean side of his portfolio, he admitted that he is yet to think it over and said that he will try to achieve the target set by previous government in less time. He admitted that it is the only sustainable model of power generation and reiterated his government’s commitment to provide affordable, round-the-clock electricity supply to all households in five years.

Visionary development of India by 2050: what will be the implications for carbon emissions?