2013 might become one of the top 10 warmest years since 1850 when modern records of temperatures began to be maintained. January-September 2013 was warmer than the same period in both 2011 and 2012. However, the good news is that the amount of ice at the Arctic and Antarctica showed slight improvement since last year.

The observations were made in the provisional annual statement on the Status of Global Climate 2013 by the World Meteorological Organization. It also includes details on precipitation, floods, droughts, and tropical cyclones. The statement was released this week to inform negotiators at the United Nations climate change conference in Warsaw, Poland.

The report said that January-September months were warmer despite absence of El Nino or La Nina events, major drivers of global climate. The hottest years on record, 1998 and 2010, had El Nino events.

“Temperatures so far this year are about the same as the average during 2001-2010, which was the warmest decade on record,” said WMO secretary general Michel Jarraud. “All of the warmest years have been since 1998 and this year once again continues the underlying, long-term trend. The coldest years now are warmer than the hottest years before 1998,” he said.

After an unprecedented melt in 2012, the Arctic sea recovered slightly. But 2013 still saw one of the lowest ice extent on record. Since the beginning of satellite measurements in 1979, the decade 2001-2010 has seen the greatest average annual melting of Arctic sea ice and all seven of the lowest Arctic sea ice extents have occurred since 2007. 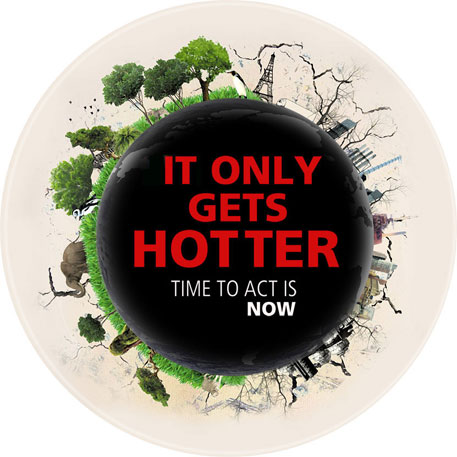 Arctic sea ice extent reached its annual maximum for this year on March 15 at 15.13 million square kilometre (sq km), according to the US National Snow and Ice Data Center. This was approximately 0.5 million sq km below the 1981–2010 average. According to the University of Colorado-Boulder (USA), ice that is more than four years old has decreased from 18 per cent of the March peak ice cover in 1984 to three per cent in 2013 – evidence of a faster melt rate.

The Arctic reached its lowest sea ice extent in its annual cycle on September 13 at 5.10 million sq km, the sixth smallest on record. However, it was higher than the record low of 3.41 million sq km of September 2012.

The ice cover increased in Antarctica, too. For the second year in a row, Antarctic sea ice extent in September reached a record maximum of 19.47 million sq km. This is approximately 30,000 km more than the previous record set in 2012, and is 2.6 per cent higher than the 1981−2010 average.

September Antarctic sea ice extent is increasing at an average rate of 1.1 per cent per decade. The changes in the atmospheric circulation observed in the past three decades are considered by scientists as factors related to this increase. These changes resulted in altered prevailing winds around Antarctica. However, it is possible that this increase is because of a combination of factors that also include effects of changing ocean circulation.