3 tigers found dead in Corbett in a week 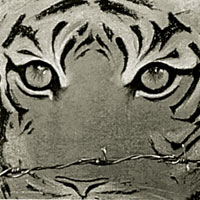 Three tigers have been found dead in the Corbett Tiger Reserve in the past one week, raising questions about the safety of the big cats in one of the most densely populated tiger reserves of the country.

A fully-decomposed carcass of a two to two-and-half-year old tigress was found on May 27 in the Dhela range forest of the reserve. Two days later, a half-decomposed body of a fully grown tiger (age seven to eight years) was recovered from the Ampokhra range of Terai west forest division. The third tiger was found dead on June 1 in the Ampokhra range. Conservationists, who saw the carcass being recovered by the forest department, say the body of the animal was so decomposed that it was hard to ascertain its gender.

The reason for the death of the tigers has not been established as the post-mortem report is yet to be handed over. Death by poisoning is being considered the most probable reason. Since the body parts of the tigers were intact, there is little possibility of poaching for trade. A conservationist, working in the region, says there could be a possibility of revenge killing. “It could be a revenge killing against the tigers which were problematic or it could be against the forest department,” said the conservationist who did not wish to be named.

Corbett tiger reserve is estimated to have more than 250 tigers. The reserve, however, has been engulfed in controversies for tiger deaths  several times. This time as well, the manner in which the tiger bodies have been recovered has raised questions about the safety of the big cats in the reserve. “The carcasses of the tigers were more than one week old. They have been found very close to the forest check posts. I am unable to understand, what took the forest department so long to recover the bodies,” said the conservationist.