33 women still die every hour from pregnancy and childbirth complications: WHO 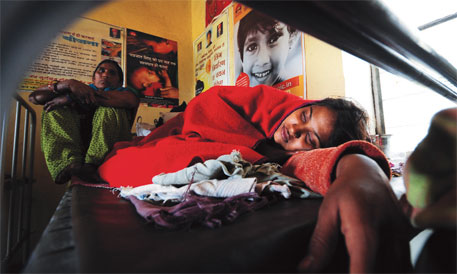 An estimated 289,000 women died in 2013 because of  complications in pregnancy and childbirth. This is 45 per cent less than the total maternal deaths in 1990 when  523,000 mothers died in one year, says a report published by World Health Organization (WHO).

Women in sub-Saharan Africa still face the maximum risk of dying of complications arising from pregnancy and childbirth and India is among the 10 countries carrying highest burden of maternal deaths.

Despite advances in the past 20 years, there has been too little progress in preventing adolescent pregnancies, abortions, maternal deaths, sexually-transmitted infections and HIV, says the WHO report. It also found significant gaps in availability, quality and access to comprehensive sex education and services for young people, especially in low-income countries.

Another redeeming aspect of the report is that 11 countries that had high levels of maternal mortality in 1990—Bhutan, Cambodia, Cabo Verde, Equatorial Guinea, Eritrea, Lao People’s Democratic Republic, Maldives, Nepal, Romania, Rwanda, Timor-Leste—have already reached the Millennium Development Goal (MDG) target of a 75 per cent reduction in maternal mortality over 1990 levels, much before the deadline for 2015.

But going by the latest trends, as revealed in the report, many low- and middle-income countries will not achieve this goal.

“More than 15 million girls aged 15 to 19 years give birth every year—one in five girls before they turn 18—and many of these pregnancies result from non-consensual sex,” highlights Kate Gilmore, deputy executive director of United Nations Population Fund (UNFPA). “Relatively simple and well-known interventions, like midwifery services and gender-based violence prevention and response, can make a huge difference if scaled up and coupled with investments in innovations, especially in the area of contraceptives,” said Gilmore.

Feature: Translating coverage gains into health gains for all women and children: The quality care opportunity