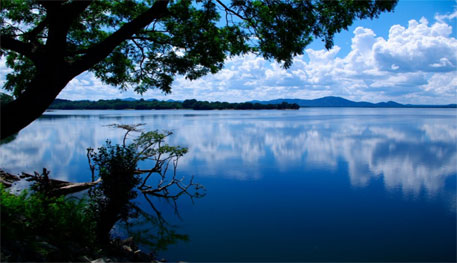 The 35th Open-Ended Working Group (OEWG) of the Parties to the Montreal Protocol kicked off in Bangkok on Wednesday on the occasion of Earth Day.

The session witnessed the contest of the OEWG agenda by Saudi Arabian delegates, but it was later taken up for discussion and finally adopted by the member countries.

This year’s agenda was far more interesting than those of previous years due to the fact that two, or possibly three, amendment proposals will be tabled by the end of this week or by the beginning of next week.

The task of these two organisations is to provide an analysis of global trends concerning hydrofluorocarbons (HFCs).

Both SAP and TEAP presented their findings that highlighted the ever-increasing dominance of HFCs and their long-term negative impact on climate.

Their reports presented some interesting facts that pointed out that though the contribution of Ozone Depleting Substances (ODS) to climate change was extensive, it was also gradually declining with the decrease in ODS levels. However, the same cannot be said when it comes to HFCs. The contribution of this super-greenhouse gas is growing day by day and this trend will eventually offset any climate gains achieved by ODS regulation, the reports stated.

The reports also showed that increasing use of HFCs was likely to destabilise the 450 parts per million (ppm) carbon dioxide (CO2) scenario.

While the SAP report tried to understand the scientific impact of HFCs, the TEAP one highlighted the consumption of HFCs, its pattern and trends.

After the presentation, TEAP also presented a preliminary report on ODS alternatives which was a result of the directive under Decision XXVI/9 of the Meeting of the Parties.

Although the report depicted the availability of technology, the delegates felt that it was unable to provide a clear-cut direction with respect to availability of alternatives, especially in high-ambient countries. This remained a bone of contention at the workshop. However, the report was finally adopted.

Will two protocols give rise to conflict?

The afternoon session witnessed a debate on the legal capacities of the United Nations Framework Convention on Climate Change (UNFCCC) and the Montreal Protocol. A number of West Asian countries expressed their reservations on the conflict between the two protocols. Many countries felt that caution must be exercised so as to not lead to a jurisdictional conflict between the two conventions.

It was stated that the countries would regulate production and consumption under the Montreal Protocol while emissions would be dealt with under the Kyoto Protocol to the UNFCCC.

A member country pointed out that leakages and banks (emissions from existing equipment) might prove to be an over-lapping area. The EU and the United States mentioned that there were treaties that have jurisdictional overlaps and yet they function without any problems. A discussion was also initiated on the policy objective of placing HFCs under the Montreal Protocol, besides UNFCCC. The United States and the EU pointed out that regulation of HFCs was a must due to their impact on climate. The day ended with the suggestion that there should be a synergy between the two conventions.

A fascinating side event on relevant aspects of HFC Management was also taken up for discussion. This analysed various amendment proposals, new global and regional HFC scenarios and climate effect as well as Nationally Appropriate Mitigation Action (NAMA) in the refrigeration, air conditioning and foam sectors.

An emerging sense of commitment on HFC regulation was witnessed this time. As the expectation to form a contact group to discuss HFC Management is increasing, it is hoped that the countries will be able to get some kind of clarity, predictability and support to combat climate change in the near future.