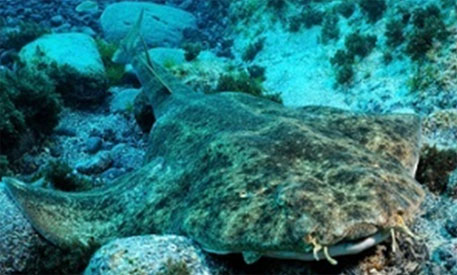 The International Union for the Conservation of Nature (IUCN) on Wednesday published the latest edition of its authoritative ‘Red List’ on Europe’s marine species. The data reveals that 7.5 per cent of the continent’s 1,220 marine species are at risk of extinction and among them are 40 per cent of Europe’s sharks and rays.

According to an article in the British daily, The Guardian, the IUCN report identified overfishing as the primary cause of the decline in marine biodiversity, followed closely by bycatches—accidental fish kills—coastal development, and pollution.

Among the shark species affected the most are blue sharks and Angel sharks. Bycatches have pushed blue sharks onto the near-threatened list, and Angel sharks to the verge of extinction. Once endemic to European waters, the group of sharks is now only found around the Canary Islands off Spain.

Other fish species like Atlantic salmon, halibut and trout have been over-fished to the point of vulnerability. Turbot populations have fallen by nearly a third in the past three decades, according to the list.

But some fish, like Atlantic cod and bluefin tuna, have seen stocks improve.

One of the authors of the IUCN report, Chris Costello was quoted as saying that over-fishing was unnecessarily jeapordising the livelihood of fishing communities as well as the integrity of ecosystems.

“We draw the lesson that granting rights to fishermen and their communities in the form of community cooperatives or individual transferable quotas gives them a long-term stake in the health of their fish stocks,” he said.

Simon Stuart, the chair of IUCN’s species survival commission, said, “It is alarming that many commercially and ecologically important species continue to be at risk in Europe. We need to take urgent action to reduce target and incidental catches of threatened species, and to set and enforce fishing quotas based on scientific understanding of population declines.”

The IUCN findings came on the same day as the World Bank warned of the economic costs of overfishing and the UN General Assembly agreed on the need for a new treaty to protect marine life in the high seas.