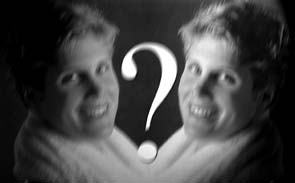 an international team of fertility experts has decided to clone human beings for the first time in the world. Despite opposition from scientific and religious communities, who contend that more than 95 per cent of the cloning experiments on animals have failed so far, the experts have decided to go ahead with the project. A series of experiments will be carried out in Israel, where such trials are allowed. Ten infertile couples have volunteered to participate in the experiments. The cloning would not only help infertile couples, but will also help those in need of kidneys, for instance, to get an easy replacement, claim the experts. The project is expected to show the desired results within two years.

A clone can be created from a mature human cell (which carries a full complement of chromosomes). The genetic material is taken from the cell and inserted in an egg that has had its chromosomes removed. An electric shock brings about fusion of the egg cells, which is then implanted in the mother's uterus. The fluid from the egg helps it to undergo division and develop in the same way as an embryo.

However, only 20 per cent of the fusion succeeds as almost all the embryos abort spontaneously because of genetic or physical abnormalities, putting the health and lives of the mothers at risk. The cloned babies may die within the first few days of their birth from heart and blood vessel problems, underdeveloped lungs or immune system deficiencies. If they live, they may have deformities like enlarged placentas and fatty livers.

Very little is known about what goes wrong in cloning experiments. Many suspect that the problem involves genetic 'imprinting', a poorly understood molecular mechanism through which genes inside embryo cells are turned 'on' or 'off' during development. It is said that problems arise in clones because clones are not made from sperm and eggs, with their properly imprinted dna (deoxyribonucleic acid). Although the fluid in the egg cell can largely reset the adult cell's thousands of genes to the proper 'on' and 'off' positions required for embryonic development, the process is not perfect. Depending on which genes are not properly reset, abnormalities arise. No test today is capable of determining whether a cloned embryo's genes are properly imprinted, so it is impossible to weed out embryos that are doomed to develop abnormally.
Experts have varied views about the scheduled experiments. "As long as there is informed consent by the patients, these experiments are justified," opines Mark Eibert, an attorney in San Mateo, California. "Human cloning is not very difficult. If this team does not do it, somebody else will do it very soon," concludes Eibert. "These are top fertility doctors trying to perfect cloning technology and make it safe for all infertile couples," says Randolfe H Wicker, chief executive officer of the Georgia-based Human Cloning Foundation.

But there are some experts who feel that the team's aspirations lack scientific expertise. "You can dispose off abnormal animal clones but what do you do with abnormal human beings?" questions Ian Wilmut, a researcher at Edinburgh-based Roslin Institute, creator of Dolly, the first cloned sheep that has been the source of inspiration for all such experiments. John Clark, head of the institute's department of gene expression and development says, "The experiments are unethical and not likely to succeed as the problems have yet to be worked out in experimental animals."

To take care of all the controversy, some countries have prepared detailed laws on human cloning experiments. Recently, Canada decided to introduce legislation to prohibit cloning. Even Germany, France and Spain have banned the exercise. Britain allows it only for research purposes.

In India, the New Delhi-based Indian Council of Medical Research (icmr) has prepared guidelines prohibiting it. But Wicker feels that India has vast potential for human cloning because egg donors and surrogate mothers do not charge a lot. "It is not likely to be allowed in the near future," says Vasantha Muthuswamy, senior deputy director general, department of biomedical sciences, icmr.