A desperate need for hard cash 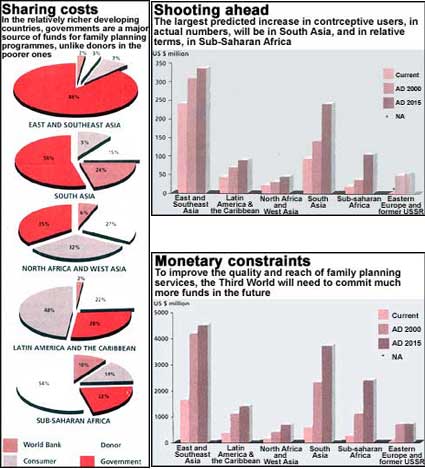 To lessen the burden that the burgeoning world population puts on resources, family planning programmes will have to cover about 650 million people by AD 2000 and about 880 million by AD 2015, according to the Washington-based Population Action International.

Financial resources have to be mobilised to meet the growing demand for family planning and related reproductive health services in developing countries. Expenditures will have to be increased from a projected $17 billion in AD 2000 to $22 billion in AD 2015. This increase will have to be met largely by the industrialised countries, which have less than 15 per cent of the world's population but over 65 per cent of the world's income.