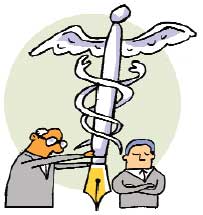 US Senator Charles E Grassley has asked the countrys 10 top medical schools what they are doing about professors who put their names on ghostwritten articles in medical journals and why that practice was any different from plagiarism by students. Grassley, of Iowa, the ranking Republican on the Senate Finance Committee, sent the letters as part of his investigation of medical ghostwriting. He said ghostwriting had hurt patients and raised costs for taxpayers. Because it used prestigious academic names to promote medical products and treatments that might be expensive or less effective than viable alternatives.

Some journals, medical associations, writers and editors groups and pharmaceutical companies themselves have called for crackdowns on ghostwriting. But some universities that employ the professors who put their names on the articles have been slow to respond.Grassley said GlaxoSmithKline and AstraZeneca are among the companies accused by lawyers and investigators of providing ghostwriters.