A fig for the pain

Bark of the banyan tree cures joint pain and inflammation 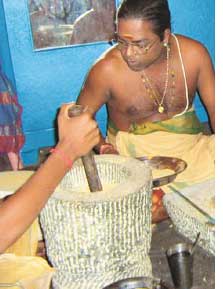 The  value of the banyan tree is no mystery to traditional medical practitioners in India. For years they have been prescribing preparations containing latex of the banyan tree (Ficus bengalensis) to people suffering from joint pains and inflammation. Scientists from Maharashtra tested its efficacy on mice and agreed it is better than the common anti-inflammatory diclofenac because it does not have toxic side-effects.

The active ingredients of the tree’s bark were extracted in methanol and tested on rats and mice. For this, the animals were injected with chemicals to induce a condition of acute inflammation. Bits of cotton wool were placed in the targeted tissues to make the infection chronic. The tree extracts were then injected into the animals.


The extracts also proved non-toxic and without any side effects—a drawback of any allopathic medicine. Different amounts were fed to mice and no adverse effects were observed in the next 72 hours.

After observations, the animals were killed and changes in the blood and tissue biochemistry were studied. When blood samples were analyzed, they found that the extract had reduced the levels of enzymes that increase in the second phase of the inflammation.

The study, published in the January issue of the Indian Journal of Experimental Biology, said the stem bark extract has potential for a good anti inflammatory drug and should be tried on humans. Pharmaceutical researchers had earlier found different parts of the tree effective in controlling diabetes, asthma and even wound healing.