Nanoparticles in soil get absorbed by crops, can enter food chain 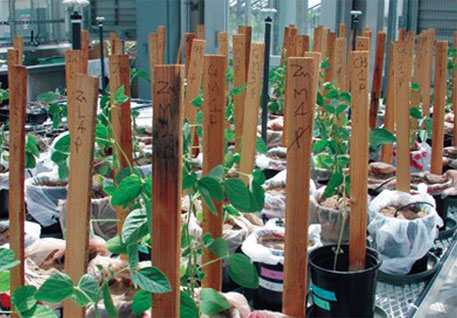 NANOPARTICLES are ubiquitous. They are found in everything from sunscreens and cancer-treatment drugs to odour-resistant clothing and tennis racquets. Lately, concern has been expressed about their safety because materials become extremely reactive at nano size (10-9m to10-7m) and behave unpredictably. It has been hypothesised that nanomaterials might become toxic and adversely impact the environment.

An international study, led by researchers from University of Texas in El Paso, justifies these fears. It shows that metal nanoparticles in soil are easily absorbed by soya bean plants and stand a fair chance of entering the food chain. Because of their ultra small size, these particles can be ingested or inhaled, and enter the blood stream. “Tolerable levels today can become dangerous tomorrow. It is important to study not only if nanoparticles can be taken up from soil but also how they are bio-transformed or modified into other organic forms in plants,” says Jorge Gardea-Torresdey, lead author of the study, published in ACS Nano on February 6.

The researchers mixed two most commonly used nanoparticles, zinc oxide and cerium dioxide, into the soil and grew soya bean plants in it. Once the plants matured, the researchers studied the distribution of zinc and cerium in them using microscopic synchrotron X-ray beams. The analysis showed cerium and zinc were present in the entire length of the plant, in concentrations much higher than normal.

“Further study showed that zinc oxide had been modified to other organic forms of zinc but cerium remained as cerium dioxide in all cases,” says Hiram Castillo, one of the researchers. “Though zinc oxide had no effect on the plant, cerium dioxide had negative impact on plant growth, yield and nitrogen fixation,” says Castillo. He says plants can also assimilate more dangerous nanoparticles like cadmium, cerium or arsenic.

Mukul Das, scientist at the food, drug and chemical toxicology department at Indian Institute of Toxicology Research in Lucknow, however, says the technology is of extensive use in several industries. “Nanoparticles can enter the food chain. But the research is in a nascent stage and more studies are needed to ascertain how exactly they can be harmful to human health.”