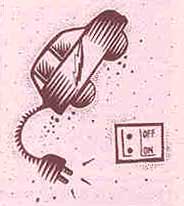 IN A significant move, California is backing away from an earlier mandate which required that within two years, two per cent of the state's cars be electrically powered, says a recent report in the New York Times. The move raises questions about similar mandates in New York and Massachusetts which had pledged to follow California's example. The California Air Resources Board asked its staff recently to prepare a rule urging suspension of the marketing of electric vehicles in the state by the turn of the century. The board proposed to drop the two per cent requirement in the early years of the programme and instead, increase the production of gradually 'zero-emission vehicles' to 10 per cent by AD 2003. All car companies selling more than 3,000 vehicles annually are expected to comply with the regulation.

Air quality advocates and members of the emerging electric car industry criticised the move. But some experts said, the change in the law was practical because, today's technology is inadequate 2 to produce a consumer - friendly electric cars fall short on performance, range, or both, they insisted. "This plan provides for a successful launch of commercially viable electric cars that protect public health and will provide new high-tech jobs in California," said John Dunlap, chairman, Air Resources Board. "This plan promotes a market-based introduction of zero-emission vehicles and will unleash the engineering and marketing prowess of automakers," he said.

The changes were approved by automakers, who would voluntarily phase in electric vehicle sales from 1998 to AD 2000. Dennis R Minano, vice president for energy and the environment at General Motors, praised the state board for changing the zero-emission requirement, and for "its recognition that market forces are a better way to introduce technology than mandates'.

But air quality advocates called the new proposal a sellout by the board and the government. They noted that the proposal, which is subject to revision until March, would require only 3,750 zero-emission vehicles t o be produced from 1998 to AD 2000, in contrast to the 60,000 originally proposed. "This proposal represents the next step in the Governor's attempt to dismantle California's clean air plan," said Melissa Kaznitz, executive director, California Public Interest Research Group. "He is selling out the environment, high-tech business and consumers to support his generous patrons in the oil industry," she said. California's backpedalling was criticised by other states too. Sonia Hamel, director of air policy for Massachusetts, said the state's Governor Willham F Weld was "very disappointed". However, Governor George E Pataki of New York and the state department of environmental conservation have repeatedly said that the state's commitment to use electric cars would stand, notwithstanding California's decision. But since the New York mandate is tied to California's actions, the New York law may return to the previous two per cent level. "Right now, the state of-the-art in battery technology is such that it's too early to put it on the road," said Henry Wedaa, chairperson emeritus, South Coast Air Quality Management District, Southern California.

Dennis Simanitis, engineering editor of Road & Track - an automobile enthusiasts' magazine - said that tests had found none of the current electric cars with a range over 160.9 km, and the average was only about 96.54 km between rechargings. Critics point out that these are not really zero-emission vehicles because there is indirect pollution from power plants that generate electricity for the cars.

Safety is also an integral issue. An electric car's driver is surrounded by about 1,000 pounds of lead acid batteries inside the car. Even if the liquid acid component could be isolated or put into a gel, there would still remain the possibility of exposing passengers or rescue workers to high voltage shocks. Despite this, Peugeot and Fiat have both introduced electric cars in Europe. Peugeot has said that it is investigating the possibility of producing such cars in the US as well.

Rapid improvement in the electric vehicle. All current performance of fuel cells, which combine oxygen from air with hydrogen from oil or natural gas, to make water and electricity, may solve some limitations of electric vehicles. Fuel cells would eliminate massive batteries and remote power generation while increasing the range of an electric vehicle to match that of gasoline automobiles. Mercedes-Benz, a division of Daimler-Benz, plans to introduce a fuel-cell car in 1997. "In the long run, batteries are all dead, and fuel-cell vehicles will carry the day," Wedaa said. "The problem is infrastructure: there aren't natural gas or hydrogen stations in every corner yet," he commented.