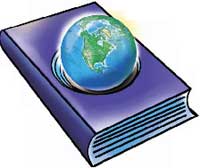 Recently, readers of Time magazine voted to have "Mother Nature" on the cover of the magazine's year-end issue. For a large number of the us magazine's readers, nature evoked images of the Asian tsunami, hurricane Katrina and the recent earthquakes in Pakistan and India. Needless to say, these fearsome images are not all there is to nature. But how have civilisations conceptualised nature? This is a question that demands an encyclopaedia. But the editors of this new series on keywords have taken a little less than 200. But make no mistake, this slim volume does a brilliant job.

We are introduced to African, American, Indian, Chinese and European conceptualisations. Indian and African texts regard nature as an intrinsic part of the human community, while the post-Enlightenment European writings seek to transform it. The Arabic philosophical and religious tradition frames the world as a realm of divine ordinances including natural science, physics, and mathematics. In the Chinese tradition, the word Zi Ran does not refer to nature as an abstract category but it's seen as an expression entrenched in everyday speech. In the essay on China, Chen Shaoming traces the evolution of the word along with the mutation of Chinese philosophical ideas.

In the essay on Europe, Pierre Zaoui shows that the modern definition of nature can be coined by a paradox: nature is what we believe to be true and what we acknowledge not to know, both a true fiction and a necessary fable. Zaoui details the metamorphosis of the concept from the times of the ancient Greeks to modern times. The essay, 'Idea of Nature in the Americas' reveals how nature has been a dominant theme in the country's history, art, and literature. The essay offers us some clues into the us' naturalists fascination for pristine wilderness.

The ecological crisis of recent times has made nature into an embattled concept. Introductory readers such as the one under review can help readers empathise with diverse conceptions of nature. Keywords: Nature succeeds in indicating directions towards the objective it highlights in it's subhead: for a different kind of globalisation.