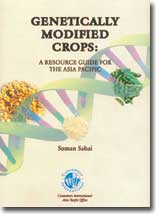 A neglected genius Mercator, The Man who Mapped The Planet by Nicholas Crane Phoenix Books London 2002

Historians often describe the fifteenth and the sixteenth centuries as periods of innovation and explorations. Vasco Da Gama, Amerigo Vesspuci and Christopher Columbus pushed out from Europe to the four points of the compass. Their charts and discoveries were often co-related by cartographers and the first maps of the new lands began taking shape. And in 1570 Abraham Ortelius' created the first Atlas, Theatrum Orbis Terrarum. A more comprehensive version was created by Gerard Mercator -- though the actual compendium was completed by his grandsons, a year after Mercator's death. This Flemish cartographer also solved the dimensional riddle that had vexed cosmographers for so long: how could the three-dimensional globe be converted into a two-dimensional map while retaining true compass bearings? Curiously enough, there is just one full-length biography of this genius: H Averdunk and J H Muller Reinhard's Gerhard Mercator un Die Geographen unter Seinen Nachkonnen. English language readers eager to know about Mercator have had to rest content with just a chapter in Robert W Karrow's magisterial Map Makers of the Sixteenth Century. This lively biography by British geographer Nicholas Crane plugs the breach.

Mercator lived in turbulent times: crops failed frequently, epidemics ravaged populations and armies fought religious wars, sacking rebellious towns. In describing the great mapmaker's early years, Crane compensates for a lack of documentation by extrapolating from known history. He also relies on the travel accounts of the humanist Erasmus and the painter Albrecht Daerer. The result is an engaging account of how a poor cobbler's son became the "Age of Exploration's" most influential cartographer. At 18, he entered the university at Louvain, where the brilliant astronomer Gemma Frisius tutored him; the two were to collaborate in making the world's first globe.

In 1537, Mercator engraved and published his first map, a detailed portrait of Palestine. The following year, he produced his first world map, and in 1541 introduced his own terrestrial globe, on which spiraling rhumb lines marked courses of constant direction. Three decades later, he would straighten out these spirals on the famous world map that revolutionised navigation.

Crane writes with the empathy of a fellow geographer. Mercator, The Man who Mapped the Planet would be useful to specialists and lay readers alike.