A new silk route out of China 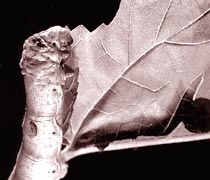 chinese scientists have mapped the genome (genetic make-up) of silkworm (Bombyx mori), a moth economically important to a large number of people in Asia, including about six million in India.

The work, by a battery of 93 scientists drawn from several Chinese institutions, appeared in the December 10 issue of Science (Vol 306, No 5703). Almost a year ago, a Japanese-led international consortium had also published the genomic map of B mori. But the Chinese work is far more extensive -- it covers more than 90 per cent of the genes in the silkworm genome as against 70 per cent by the international group.

Silkworm is the first lepidopteran -- an insect with two pairs of wings, whose larvae are caterpillars -- to have its genome mapped. The silkworm spins its cocoon from a single continuous thread of raw silk 300-900 metres long.

"China is next only to the us in genomic research," says J Nagaraju of the Hyderabad-based Centre for dna Fingerprinting and Diagnostics (cdfd). Another reason it decided to go alone could be the national pride attached to silk, which was discovered in China about 5,000 years ago. At present, China accounts for more than 50 per cent of the 60-70 million tonnes of global silk production. At second place is India, which accounts for almost 25 per cent of the global production. Sericulture is an important cottage industry in 60,000 Indian villages and generates foreign exchange worth about Rs 1,500 crore per annum. It provides employment mostly to poor farmers.

The Chinese study is of special interest to India because almost 90 per cent of its silk comes from B mori. "The genome mapping helps scientists pick out genes that confer desired traits," says K P Gopinathan of the Bangalore-based Indian Institute of Science. This can help breed better silkworm varieties.

More importantly, says Nagaraju, "Traditional breeding schemes have so far not handled several important traits like increasing disease resistance or larval health." This is mainly because such traits are controlled not by a single gene but by the concerted action of several genes.

The Chinese scientists claim to have identified five key genes relating to gender control, growth and immunity. All these factors significantly impact silk production. They also found 1,874 genes associated with the silk gland, a modified salivary gland that makes silk proteins. The earlier study identified only 45 genes relating to this gland.

Silkworm has an estimated 18,510 genes. A comparison with two other insects whose genomes have been mapped -- fruit fly and mosquito -- shows the silkworm shares as many as 2,565 genes with them.

There are more than 3,000 B mori varieties, belonging to four races: Japanese, Chinese, European and tropical. Silkworms yield the fibre either once a year (uni-voltaine), twice a year (bi-voltaine) or several times a year (poly-voltaine). This property varies with climatic conditions. For instance, silkworm varieties in temperate China and Japan are bi-voltaine, while those found in India are mostly poly-voltaine (Karnataka) or uni-voltaine (Jammu and Kashmir).

Beside B mori, larvae of some other moths are also used to produce silk in India. These species include wild silkmoths such as Tropical tasar silkmoth (Antheraea mylitta) Muga silkmoth (A assama) and Castor silkmoth (Philosomia Cynthia ricini) .

According to Nagaraju, the sequencing of B mori will greatly help understand the genetics of the wild silkworm as well. He is heading a team of scientists working on a project to map genes for major traits in the muga silkworm, grown widely in the northeast. The team has already identified almost half the genes it is looking for.