A paradise in search of greenbacks

With Vietnam opening its doors to foreigners, tourism and foreign-exchange earnings are booming. However, fears are being raised of resultant environmental damage. 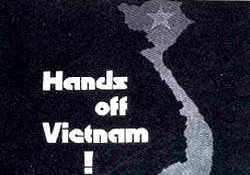 THE URGENT need for foreign exchange has forced Vietnam to roll out the red carpet for foreign tourists. However, Vietnamese officials voice concern over tourism's negative impact on the environment, threats of uncontrolled growth around scenic areas and lack of infrastructure to sustain tourism in the long run.

Environmental considerations will, nevertheless, lose out to the need for foreign exchange. Officials estimate that though visitors have generally been directed to a relatively small number of destinations such as Ho Chi Minh City, Hue, Hanoi and Ha Long Bay, more than 500,000 tourists would have visited Vietnam in 1993, generating more than $200 million in foreign exchange.

Vietnam is a country with a fascinating past and has areas of great scenic beauty. For the adventurous, the country offers a vastly different fare from the predictable, well-trodden destinations elsewhere in Asia. This country, which seems to live in the past, offers an excellent and varied cusine. And, all this is not expensive.

To conserve the environment from the ravages of the booming tourism industry, the government is thinking of developing national parks and wildlife sanctuaries. Areas such as Nam Cat Tien -- a swamp forest reserve north of Ho Chi Minh City that hosts Javan rhinoceroses -- will remain off limits.

Others such as Cat Ba island in Ha Long Bay -- one of the world's most spectacular seascapes, with hundreds of limestone islands -- offer immediate opportunities for small groups intent on adventure and exploration. Part of Cat Ba -- the largest of these islands -- is a national park that is home to the rare golden-headed langur, numerous birds and a multitude of exotic butterflies.

However, the proliferation of hotels and golf courses suggests that this unspoilt land will soon fall prey to the lure of the dollar and become like any other well-known and commercialised tourist destination.