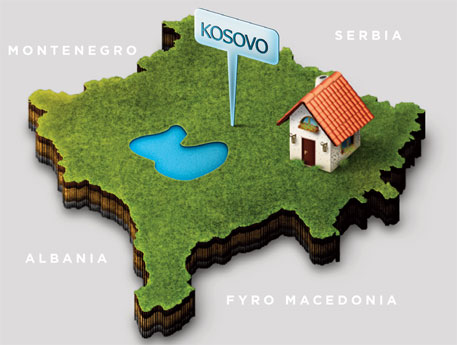 Ever since little Kosovo proclaimed itself an independent state five years ago, it has failed to win the recognition it so craves. Neither the United Nations, which confers legitimacy, nor the European Union recognises the birth of a new European nation. But after a campaign waged by an army of devoted Kosovars and strategically placed allies, Kosovo is hailing grant of legitimacy by a new arbiter of national identity: Facebook.

In early December, Facebook gave users registering from the diamond-shaped area on the Balkan Peninsula the option to identify themselves as citizens of Kosovo. They can also use the Facebook function that allows users to “check in” on the website from locations within Kosovo, like a cinema or a bar.

“Facebook has grown to 1.2 billion users in eight years, faster than the growth of Islam, Christianity and the Internet itself,” said Petrit Selimi, Kosovo’s 34-year-old deputy foreign minister and leader of the government’s digital diplomacy. He added that to have Kosovo fully included on Facebook had been a priority, along with the still-elusive goals of having Kosovo compete in the Eurovision song contest and in the European Champions League in soccer.