A year after worst Ebola outbreak, world is still unprepared to tackle such epidemics

‘Viruses, not wars, may kill people in large numbers in future’ 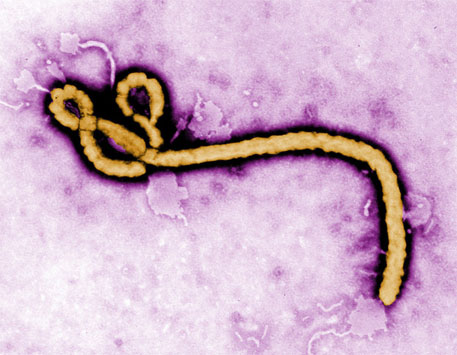 A year into world’s worst epidemic of Ebola, the world does not seem better prepared in any way to handle outbreaks of the type caused by the tiny virus that left nearly 10,000 people dead and millions affected. Even today, scientists have not certified an Ebola vaccine that can prevent further outbreaks; and researchers have not been able to establish the source of this unprecedented outbreak. This explains the challenges that are facing doctors, researchers, decision makers and the vulnerable populations.

Though the outbreak has subsided now, it would not be over as late as August, says World Health Organization (WHO) in one of its reports.Till now, the current outbreak has claimed about 10,000 lives, destroyed several families, rendered millions in the West African region food insecure, and is posing livelihood threat to millions who managed to survive the deadly outbreak. The World Food Programme has already warned that 1.4 million people could become malnourished because of Ebola.

For West Africa, the vulnerability of whose health systems has been exposed, the challenges go on from providing better infrastructure to scaling up of immunization activities. “If anything kills over 10 million people in the next decades, it is most likely to be a highly infectious virus, rather than a war: not missiles, but microbes,” says philanthropist Bill Gates in a latest TED talk. But before that, the challenge for established medical research centres in the US, the UK and other parts of the developed world, is to develop and provide such vaccines to those who cannot afford to manufacture them on their own.

Though drug trials have been initiated and allowed by the WHO after immense pressure and criticism from the international communites, the road ahead is not easy. Funding and inadequate health infrastructurehave a major role to play in outbreaks like these, Tarik Jasarevic, spokesperson of WHO, told Down To Earth. A few researchers say there was not much interest or funds to study the disease that affected only the poor living in the hinterlands. This is for the first time the virus has afflicted those living in urban areas, including capital cities, and a few foreign nationals. Moreover, this was also the deadliest among five strains of Ebola that has hit humans till now since the time the Ebola virus was first discovered in the 1970s.

Another basic problem has been highlighted in a report by Medicins Sans Frontiers (MSF), a non profit that was closely involved in treating Ebola patients. “To declare an end to the outbreak, we must identify every last case, requiring a level of meticulous precision that is practically unique in medical humanitarian interventions in the field. There is no room for mistakes or complacency; the number of new cases weekly is still higher than in any previous outbreak,” MSF says. Though a few recent technological developments like that of an Ebola-proof tablet will make it easy for the doctors to handle and analyse patient information, more efforts are needed to ensure awareness against the causes behind such diseases. Cultural practices like rubbing down bodies at funeral rites before interment have been one of the prime reasons behind its rapid spread in the African countries.

It is widely believed that the first person to have succumbed to the disease in the current outbreak was a two-year-old in a remote part of Guinea. However, no one is sure how the virus entered the child’s body. Researchers who have studied the disease think the virus in transmitted from animals in the form of bushmeat and that deforestation is one of the triggers of such outbreaks.https://www.downtoearth.org.in/content/ebola-unleashedBut what we are sure about is that it took a further three months for the international health body to officially declare an outbreak and another few months to announce a public health emergency. By the time an international emergency was declared in August 2014, nearly 1,000 people had succumbed to the deadly virus. What’s more, the declaration coincided with two health professionals from a US-based non-profit, Samaritan’s Purse, contracting the disease in Liberia. The doctors, however, were successfully treated in the US. Soon after this, more people in the US were affected and a Roman Catholic priest was reported dead in Spain. This led to more urgency for making treatments available as the international community began to realise that the outbreak was not restricted to Africa.

How prepared is India?

Meanwhile, India was making all possible measures to check the entry of virus into the country. The Union Ministry of Health and Family Welfare had said that it had put in place the same surveillance and tracking systems to check Ebola that proved successful in Nigeria. Thermal scanners were set up in most of the 15 major airports and more are likely to be purchased and installed.https://www.downtoearth.org.in/content/unprepared-ebola.

It was strict measures that prevented Ebola from entering India. But had the virus once crossed the security gates of any airport, it would have been next to impossible to curb its spread. “India has a huge population, and urban centres are very densely packed. This could pose a challenge because it would be very difficult to isolate patients and trace their contacts for observation. These elements could make containing Ebola more challenging in India than in some other countries,” Peter Piot, co-discoverer of the Ebola virus and director of the London School of Hygiene & Tropical Medicine, told Down To Earth https://www.downtoearth.org.in/content/unprepared-ebola.

All these threats are enough to make us realise that the fight has to go on for long and can be won only if people from different walks of life and different countries work together.