But conditions apply. Households consuming more than 20,000 litres water or 400 units of power will have to pay fulll charges 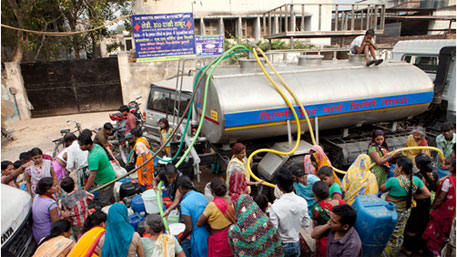 The Aam Aadmi Party (AAP) government finally gave the people of Delhi what it promised during election—cheaper water and power.

Speaking to media on Wednesday, deputy chief minister of Delhi, Manish Sisodia, announced that every household in Delhi will get 20,000 litres of water free of cost every month. What’s more, families that consume less than 400 units of power per month will get a 50 per cent discount on their bills, he said, adding that the others will pay full rate for electricity.

Deputy CM Sisodia said, "We had promised to reduce power tariffs. Families using power up to 400 units will get it at half the price and this will be effective from the  March 1."

During its 49-day stint after the last Assembly elections, those consuming more than 400 units of electricity were given 50 per cent subsidy on the first 400 units.

Sisodia said consumers getting free water will not be required to pay sewer charges.

He added that subsidies for electricity and water are likely to cost the government about Rs 1,400 crore and Rs 250 crore respectively.

In its manifesto, AAP had promised people of Delhi that once the party comes to power it will cut power tariff by 50 per cent immediately. As per its manifesto, the rates will be revised based on the findings of a CAG audit.

Question raised in Rajya Sabha on exploitation of ground water in Delhi, 07/08/2014