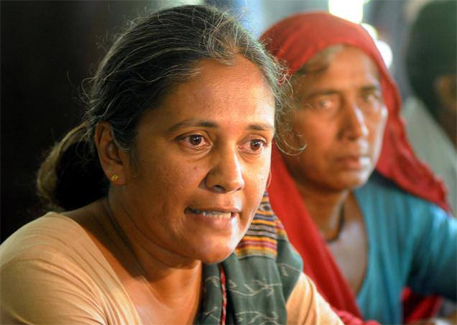 Madhuri Krishnaswami, a health activist working with tribal communities in Barwani district of Madhya Pradesh, was sent to jail on May 16 after she turned down the court’s suggestion to take bail. The court ordered her arrest in connection with a five-year-old case  registered in 2008 against Krishnaswami and others for their protests against the deficiencies in public healthcare facilities in the state. 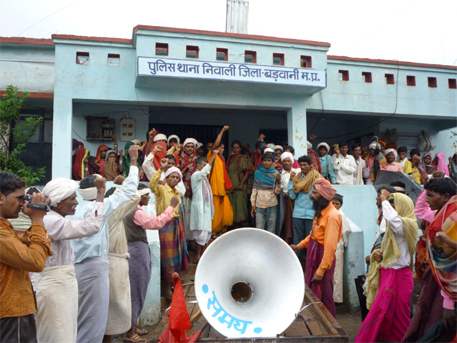 Residents of the area have been on sit-in protest in front of six police stations in the district since Friday, demanding the activist’s immediate release.

Krishnaswami is the head of Jagrit Adivasi Dalit Sangathan (JADS), a non-profit that works on various matters, including healthcare for tribal people and marginalised communities. She has been sent to Khargone women’s jail on 14 days' judicial remand.

Social activist Chinmay Mishra, who is closely associated with the case, in an interview over the phone, said Krishnaswami has played a significant role in exposing corruption worth several hundred crore in development schemes under Mahatma Gandhi National Rural Employment Guarantee Act (MGNREGA) in the district. The local administration is quite annoyed by her activities and had earlier ordered her externment. However, after protests by locals, the administration cancelled the order. This step (of arresting Krishnaswami) has been also taken for the same reason, adds Mishra.

The 2008 case was registered against Krishnaswami for protesting the treatment meted out to a pregnant woman in labour. Baniya Bai was refused admission by the compounder at the Menimata public health centre, Vijay Klumar. The woman delivered her baby on the road. Krishnaswami, who was in the area, intervened and sent the mother to hospital, and protested her ill-treatment.

Kumar later lodged a complaint against Krishnaswami, Baniya Bai's husband Basant and other protesters. A case of rioting and assaulting a public servant under sections 353, 332, 147, 148 and 342 of the Indian Penal Code was registered against Krishnaswami and other protesters in 2008. Five years later, police filed a closure report (April 30, this year).

But the court refused to close the case and ordered notices to be served on the parties on May 2, says Mishra. The notice was not served on Krishnaswami, he adds. The activist appeared in court voluntarily to justify her actions. She was informed that the police had filed a closure report but had not stated clear reasons for the closure and so the report was rejected, adds Mishra.

The court suggested that Krishnaswami take bail, but she refused, quoting Mamatma Gandhi, "Jail is rightful place for independent persons of slave country."  She demanded that the case be revoked and the doctor and compounder responsible for Baniya Bai’s ordeal be punished. Krishnaswami was subsequently placed under arrest on court's order.

Mishra says that the case is baseless, and was filed with malafide intention.

Baniya Bai is also a party to the writ petition filed in the Indore bench of the Madhya Pradesh High Court, in which the status of maternal health services in the state was questioned. Twenty-nine maternal deaths have been recorded in a span of nine months at Barwani district hospital.