The impact of aerosols on cloud formation could be double of what was estimated by the latest IPCC report, indicates a study 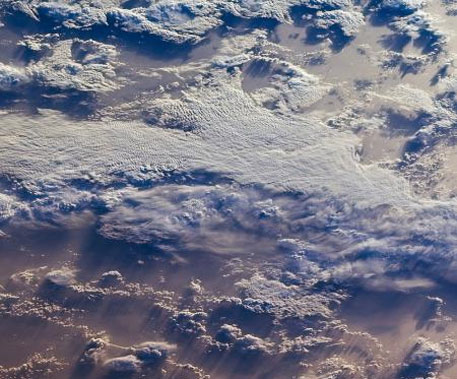 Aerosols are tiny atmospheric particles which have a big impact on Earth’s climate. They scatter and absorb sunlight and influence formation of clouds. But not much is known about the impact they have on clouds.

A study by the California Institute of Technology and NASA’s Jet Propulsion Laboratory has thrown some light on the effects aerosols have on marine clouds. Marine clouds are low-level clouds covering one-third of the ocean surface and have a huge impact on Earth’s ability to reflect solar energy back into space. The study has quantified the impact of aerosol on these clouds.

It says that the aerosols have two impacts on clouds—they encourage cloud formation and impact their properties.

Water vapour gets condensed on aerosols which results in formation of cloud droplets. This leads to formation of more clouds. And the impact they have on the properties of marine clouds is caused by their ability to influence the liquid water held in the clouds. A report published by the California Institute of Technology quotes John Seinfeld, professor of chemical engineering at the institute: “If you combine these two effects, you get an aerosol influence almost twice that estimated in the latest report from the Intergovernmental Panel on Climate Change [IPCC].”

According to a report published by NASA’s Jet Propulsion Laboratory, researchers used “7.3 million individual data points from multiple satellites in the international constellation of Earth observing satellites known as the Afternoon Constellation, or A-Train, from August 2006 to April 2011 to provide the first real estimate of both effects.” The research was published online by Nature Geoscience on August 3.