North Africa has high groundwater storage, low water recharge; sub-Saharan Africa has the opposite, a new survey has revealed 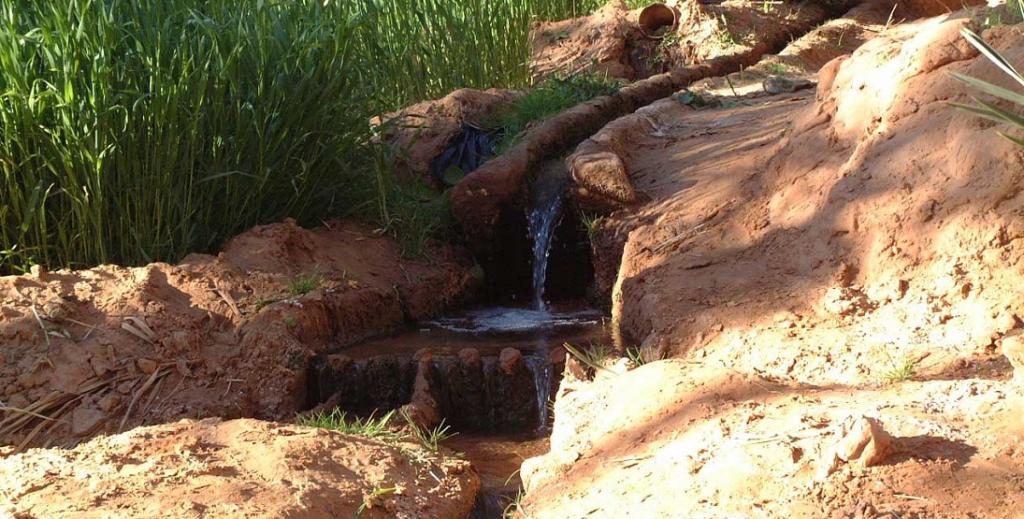 Foggara is a water management system in North African countries in which water from an underground aquifer is brought to the surface through channels. This is the exit of a foggara channel in Libya. Photo: Wikipedia

North and sub-Saharan Africa are the complete opposites of each other as far as groundwater storage and recharge are concerned, a new survey has shown.

North African countries with little rainfall, including Algeria, Egypt and Libya have considerable groundwater storage but very low recharge rates. The groundwater in such countries was mostly recharged millennia ago.

Their counterparts spread across the continent’s tropical regions to the south are the opposite. They have little groundwater storage but have high annual rainfall and therefore regular recharge.

Scientists from the United Kingdom, France, the United States, South Africa, Nigeria and Niger quantified long-term average distributed groundwater recharge rates in Africa for 1970-2019 to create an overview of recharge patterns across the entire continent.

The study estimated that the long-term groundwater recharge in Africa was approximately 15,000 cubic kilometers per decade — two per cent of the estimated groundwater storage across the African continent.

However, the scientists found that due to differences in land cover, greater variability was seen at local scales: High-storage / low-recharge sedimentary aquifers in North Africa and low-storage / high-recharge weathered crystalline-rock aquifers across much of tropical Africa.

The study is the first to focus on Africa’s groundwater reserves. The rate at which groundwater is recharged in many African countries is not known.

The World Water Development Report 2021 had said the continent’s freshwater resources were unevenly distributed and lack of data on water was a major limitation to fulfilling the United Nations-mandated sustainable development goals.

The findings of the survey on the groundwater recharge rates in Africa could be used for refining hydrological models on a global scale, the scientists said.

The findings could also help draw the attention of decision makers to take into account appropriate groundwater management measures in tune with the storage versus recharge properties of aquifers.

The study was published in Environmental Research Letters.