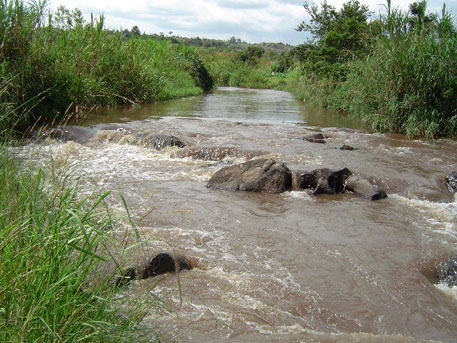 African nations are trying to save their water resources. On the one hand, Kenya and Uganda have joined hands to rehabilitate the dilapidated Malaba river to conserve river banks. On the other hand, Angola and Namibia have signed an agreement to establish a waterfront commission to promote judicious utilisation of shared water resources.

The environment departments of Kenya and Uganda have decided to start the Rehabilitation of Urban Rivers programme, according to the Africa Science News (ASNS).  The programme intends to clean the river that is choking on plastics and animal wastes. The two-month programme will cost between 10 and 15 million Kenyan shilling in the first phase which will include construction of 40-km long boundary along the river. Over 300 casual workers have been hired for the project. The initiative will also senstitise communities along the river bank on how to keep the river clean.

Meanwhile, Angola and Namibia have agreed to set up the Cuvelai River Basin Watercourse Commission to “significantly contribute towards the maintenance of peace, security, welfare, mutual benefits of the citizens”.

The limits and possibilities of prepaid water in urban Africa: lessons from the field

The IPCC's Fifth Assessment Report - What's in it for Africa?

Planning for a water secure future: lessons from water management planning in Africa