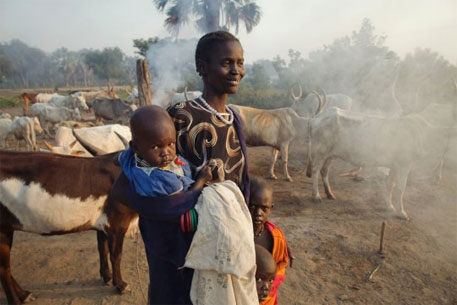 The third African Women’s Economic Empowerment Summit, which concluded on July 26, demanded ownership of land for women and emphasised that active participation of women is needed for economic development. The summit brought together the International Labour Organization and African leaders to influence change to accelerate the economic advancement of African women and their greater inclusion in the financial and business sectors.

The three-day event was held in Lusaka, Zambia, and was co-organised by the African Development Bank and New Faces, New Voices, the business pillar of Multiplying Faces, Amplifying Voices founded by Graça Machel. The theme of the summit was “African Women, Realising Africa’s Economic Potential”. Its agenda was to look at how women can be put at the centre of African finance and economic development to realise the continent’s potential.

Recognise women’s contribution to economy
At the official opening of the summit, President of the African Development Bank, Donald Kaberuka, said countries can only develop if they involve women in their development agendas, states a press release by the bank. He added that the bank intends to intensify gender mainstreaming in its operations and in its regional economic and sector work.

During his recent visit to Zambia, Kaberuka met with the country’s Minister of Finance, Alexander Chikwanda, and praised the Zambian government for its progress in the areas of gender, empowerment and financial inclusion. “There is need for us to empower our women by ensuring that we achieve more equality, more opportunities, more sustainable access to finance and resources and more gender-balanced policies. Women are the drivers of economies at the household level,” the press release quotes Chikwanda. He also commended Machel’s courage in demonstrating what women are capable of, and called her “an ardent pioneer for African women”.

Demand for land ownership of women
Speaking during one of the sessions on land and property rights for women, Machel said there is an unfortunate tendency to underestimate the role of women in economic development. “Women have the potential to change their own economic status as well as that of the communities and countries in which they live. Yet, more often than not, women’s economic contributions go unrecognised, their work undervalued and their promise unnourished,” she is quoted in another press release by the bank. She blamed gender disparity for women’s inability to lift themselves from poverty. “Women are better poised to improve their lives when they own land and other assets. Yet, just one per cent of the world’s women own land. Although laws to protect women’s property rights exist in most countries, many women still cannot realise their rights,” she added, and called for African women to form strong and strategic networks to enable them to influence change among policymakers.

In one of the sessions, Rose Mwebaza, special adviser to the African Union chairperson on women’s economic empowerment and political participation, urged African governments to increase their budgetary allocation to programmes that will help women to own land. Some other participants urged the African Central Banks to come up with a policy that will compel commercial banks to lower the lending rate for women. They stressed that Central Banks should advocate increased financial inclusion and financial literacy among African women, according to the press release.