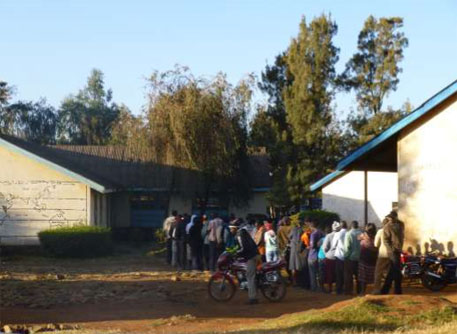 Seven of 10 Africans prefer democracy to other political regimes, and the proportion of deeply committed democrats (those who reject authoritarian alternatives) has risen steadily over the past decade, according to the latest survey report of Afrobarometer, a nonpartisan research project in Africa. However, the report adds, the supply of democracy has not kept pace with the demand.

The report, published on April 23, reveals people’s dissatisfaction with political leaders on the workings of democracy in the 35 countries surveyed by social scientists.

For instance, in Togo, citizens exhibit extremely low levels of satisfaction (21 per cent) with democracy. A family dynasty dominates the political life of Togo by suppressing opposition protest.

In North Africa, levels of both demand and supply are low, making this region the least democratic in Africa. In early 2013, when the Afrobarometer surveys in North Africa were conducted, demand lagged supply, suggesting that much of the popular energy behind the Arab Spring has dissipated. 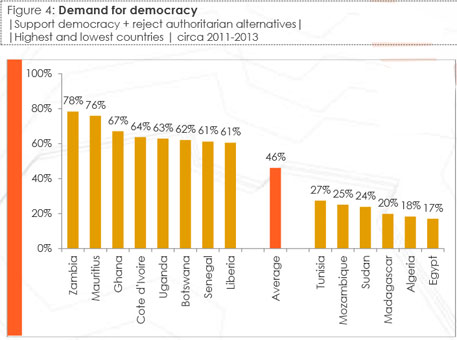 The report also reveals that countries that have achieved democracy are the ones with well-educated population. Botswana, Ghana and Mauritius that emerge at the top of the list “have well-educated populations that are capable of making sound judgments about actual levels of democratic achievement,” notes the report. By contrast, three North African countries – Sudan, Tunisia and Egypt –anchor the bottom of the scale, with only about one quarter of their citizens perceiving full or almost full democracy. 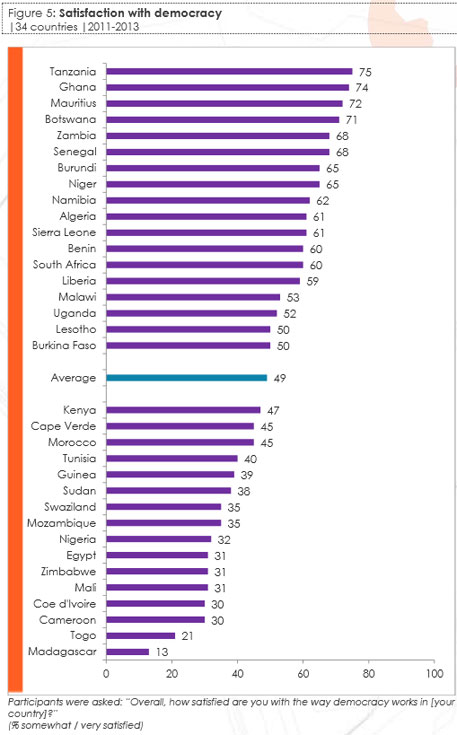 Report: Demand for democracy is rising in Africa, but most political leaders fail to deliver