Radha Mohan Singh says new policy for fisheries will protect livelihood of fishers and at the same time address challenges such as environmental threats, disease risks and trade barriers 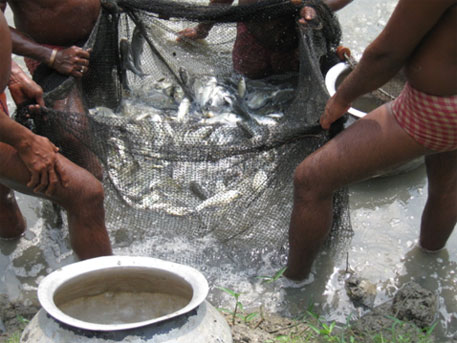 Union Agriculture Minister Radha Mohan Singh on June 23 promised a new policy for fisheries and fisher people. He said the fishing sector has been under-exploited because of lack of planning and that the new policy will address it.

“Blue growth is important for food security in India and the government is going to develop a policy for aquaculture growth in the country,” the minister announced at the 33rd session of Asia Pacific Fisheries Commission at Hyderabad.

He said the sector is confronted with serious inadequacies such as planning, funding and management despite being one of the most rapidly growing sectors. The policy, Singh said, will also address challenges such as environmental threats, disease risks and trade barriers. The policy is going to help millions who depend on fisheries for their livelihood.

The minister said marine capture fisheries should be exploited more in the country. He said the country has a wide array of natural resources for developing marine, brackish water and inland fisheries and that these resources could be used for ensuring food security and poverty alleviation.

“Aquaculture in India relies heavily on inland aquaculture of finfish even though potential for mariculture production of finfish remains largely untapped. Now, we are finalising the guidelines for foraying into mariculture in cages along with cage culture in open water bodies such as reservoirs. The cage culture is aimed at effective and optimal tapping the potential for natural water resources of marine and inland waters,” the minister added.

According to Food and Agriculture Organization estimates, we are consuming about 80 per cent of the world’s fish production at per capita of 17.1 kilogram. The demand is expected to increase considerably by 2030.

The state of world fisheries and aquaculture 2014

Fish to 2030: prospects for fisheries and aquaculture

Safeguard or squander?: deciding the future of India's fisheries