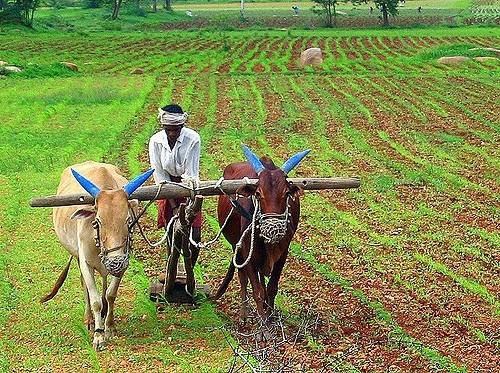 Successive droughts, ill-timed demonetisation and unseasonal rain have put farmers in distress. Lack of any assured income has further abetted farmer suicides. Going by the reports, more than one farmer committed suicide every hour in 2015. The Union Budget 2017-18 should primarily confront this issue by ensuring guaranteed income.

Currently, guaranteed procurement is only confined to two crops—wheat and paddy. Government should chalk out plan to extend this facility to other grains.

The country is witnessing a deficit of edible oils production for more than two decades now. Huge decline in pulse production is also a concern. Instead of encouraging domestic production, the government has been relying on imports. Country has been importing around 70 per cent of its total edible oil and 25 per cent of pulses.

It is time the budget dealt with these issues to help farmers and make country self-dependent.

Country had faced consecutive drought for two years, 2014-15 and 2015-16. It had made agriculture more vulnerable than ever. In the light of the Supreme Court judgment on giving relief to drought-hit farmers, the government should come up with plan for measures to deal with future droughts.

The Pradhan Mantri Fasal Bima Yojana (PMFBY), a flagship crop insurance scheme, should be implemented in letter and spirit. The non-loanee farmers are not showing interest in it, with faulty compensation mechanism cited as one of the primary reasons. The Agriculture Insurance Company Limited (AICL), which is at the helm of the scheme’s implementation, is running headless.

The flagship scheme for employment generation in rural areas has seen highest allocation ever in the fiscal year 2016-17. The allocation reached to Rs 43,500 crore. The scheme helped rural population to fight distress because of consecutive droughts.

It is expected that the Union Budget 2017-18 will increase allocation to the scheme in order to minimise rural distress. There is also a need for increasing wage and establishing social audit cell to make it more effective.

The Pradhan Mantri Gram Sadak Yojana (PMGSY), a flagship scheme for building rural roads, got highest allocation of Rs 19,000 crore in the last year’s budget. However, more than 13,000 habitations still remain unconnected. This year’s budget is expected to make significant fund allocation to meet the 2019 deadline of completing rural connectivity through all-weather roads.