Can the Walmart-Flipkart deal ease the woes of Indian farmers?

US retail giant Walmart is desperate to take-over the Indian market in retail and online segments. But will it go the extra mile to fill a critical gap in storage capacity for agricultural produce? 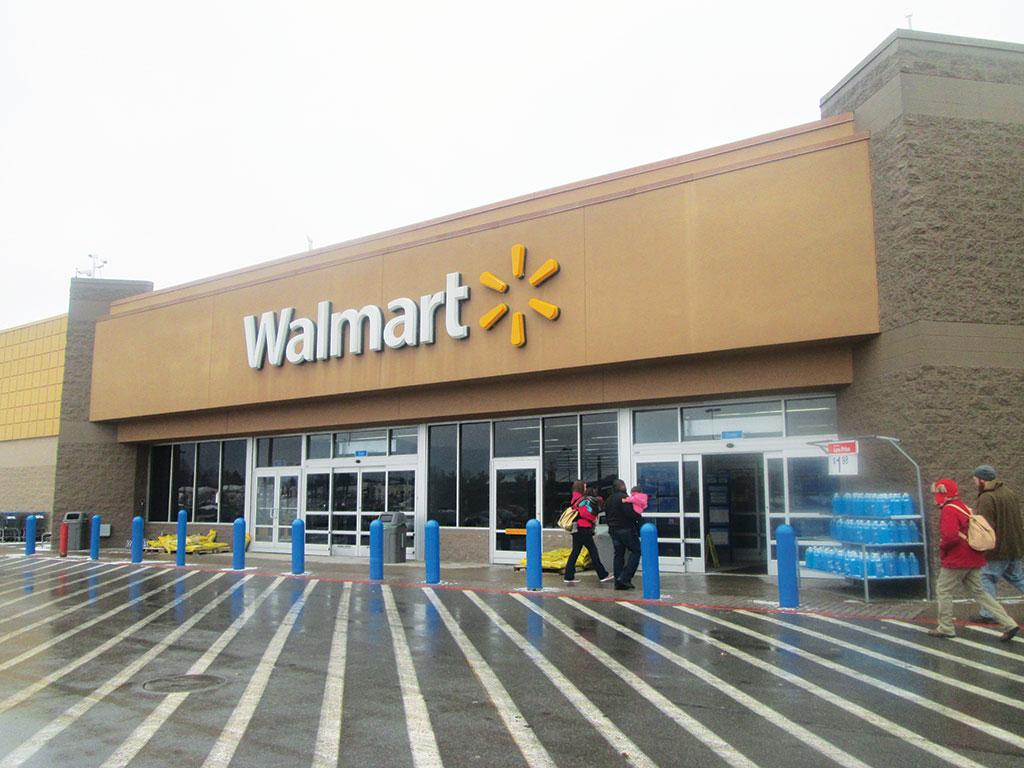 Walmart is the world's largest grocer as nearly 55 per cent of its sales come from low-priced grocery sales (Courtesy: Random Retail)

In May 2018, Walmart picked up 77 per cent stake in Indian e-commerce giant Flipkart for US $16 billion. Market analysts attribute the move to Walmart’s ambition to capture the Indian online market. As per the US-based advisory firm Forrester Research, the Indian online market is one of the fastest growing, with sales amounting to $21 billion last year. Of this, Flipkart holds a market share of 32 per cent compared to Amazon’s 31 per cent. But when it comes to e-commerce sales, Walmart is far behind. Globally, the company’s presence in this space is negligible, with only $15 billion of its $500 billion annual sales coming from this segment. Perhaps to rectify this, Walmart has promised to pump in $2 billion (about R13,000 crore) as fresh equity in Flipkart.

With Walmart going the extra mile, there is a point to be noted: Analysts say the company, which has world-class expertise in cold chains and warehouses, can help the Indian agriculture markets grow and give the much-required boost to Indian farmers reeling under volatility and low prices. Even the Walmart press release promises support to small businesses and development of cold storage to reduce food wastage. “Our investment will benefit India providing quality, affordable goods for customers, while creating new skilled jobs and fresh opportunities for small suppliers, farmers and women entre-preneurs,” says Walmart president and chief executive officer Doug McMillan.

However, it remains to be seen whether the global giant genuinely invests in the Indian farm sector or just profits from e-commerce trade? Prakash Rastogi, a Delhi-based seller of processed food, says, “It will be logical for Walmart to invest heavily in cold chains without which they will remain a small player in India.” The global giant, which boasts of 11,000 outlets in 28 countries, has a negligible retail presence in India with just 21 stores across eight states. To make its presence felt, the US giant plans to open 30 more stores in the next three years.

Not a conducive situation

Walmart is known as the world’s largest grocer as nearly 55 per cent of its sales come from competitively-priced grocery sales. It sells everything from rice, wheat, pulses and oils to fruits, vegetables, meat and fish. This unique selling point can give Walmart an edge over its competitors in India, especially Amazon, which is weak in the grocery segment.

At present, a host of problems plague the Indian agriculture scenario. The country is the world’s second largest fruit and vegetable producer, but a third of its farm produce worth nearly $10 billion is wasted every year due to the lack of proper storage facilities. Also, as most farmers are poor, they lack the means to store their produce. Another big drawback is the presence of agricultural produce market committees (APMC) where only licensed traders buy farmers’ produce at low prices. The presence of APMCS restricts farmers from entering into direct contracts with manufacturers and bulk producers. Thus, the process inhibits unrestricted trade in farm produce and places limits on farmers.

As a relief measure, the Union Ministry of Agriculture and Farmers’ Welfare has now proposed the Agricultural Produce and Livestock Marketing (Promotion and Facilitation) Act, 2017 that aims to open up the local markets, thus giving greater freedom to farmers to sell their produce at higher returns.

To establish direct linkage between farmers and consumers, the Union Ministry of Food Processing Industries has notified 42 mega food parks across the country since 2010. Out of these, 12 are operational and 30 under implementation. Of the 12, only the Patanjali Food and Herbal Park in Uttarakhand and the Srini Food Park in Telangana partnered by Mother Dairy, are showing some promise. Most food parks across several states lack production units, strong marketing facility, cold chains, preservation technology, food processing centres, quality control, refrigerated trucks and logistics to send farmers’ produce to city markets on time.

What Walmart can offer

With its top-notch supply chain expertise, Walmart can revitalise the Indian agri-business scene. The grocery giant and its supplier networks are leaders in cold chain operation, warehouses and logistics. Under Walmart’s VMI or vendor-managed inventory initiative, manufacturers are responsible for managing their products in Walmart’s state-of-the-art cold storage units and warehouses. Another technology developed by Walmart which can help Indian farmers and small-scale producers is Eden introduced in March 2018. Under this, artificial intelligence inspects fruits and vegetables for defects and dis-colouration, thus predicting the shelf life of farm produce. Walmart also has its own fleet of air-conditioned trailer trucks, which are experts in innovative cross-docking of goods where products are directly transferred from inbound or outbound trucks without extra storage.

With such technologies, India can benefit from Walmart. “But Walmart alone cannot perform a miracle and it should not be expected to do so,” says Biswajit Dhar, professor of economics at Jawaharlal Nehru University, New Delhi. “The United Progressive Alliance sold the same theory when Walmart entered India a decade ago. But we have seen that Walmart’s investment has been slow. The business model of all foreign retailers is to maximise profits with minimum investment,” he adds. There is another point Dhar raises. “Under the World Trade Organization regime, it is very difficult to insist on high indigenisation. The proof of this lies in the markets in metro cities which are flooded with imported fruits at the cost of Indian producers.”

As of now, Walmart has opened two warehouses—one in Bhiwandi in Maharashtra’s Thane district and another in Uttar Pradesh’s capital city Lucknow. It remains to be seen what kind of role it plays. “Global retailers should invest in cold storages, air-conditioned trucks and grading facilities to connect Indian farmers to food processors. This will save post-harvest losses and increase farmers’ income,” says author and columnist Gurcharan Das. As more and more players such as Grofers and BigBasket are entering the Indian food business scenario, staying afloat will be essential for Walmart. “Competing in India is an existential must for Walmart, if it does not want to end up as the 21st century version of dinosaurs,” says Adam Lashinsky, the executive editor of Fortune magazine.

(This article was first published in the 16-30th issue of Down To Earth, 'Can Walmart rescue?').