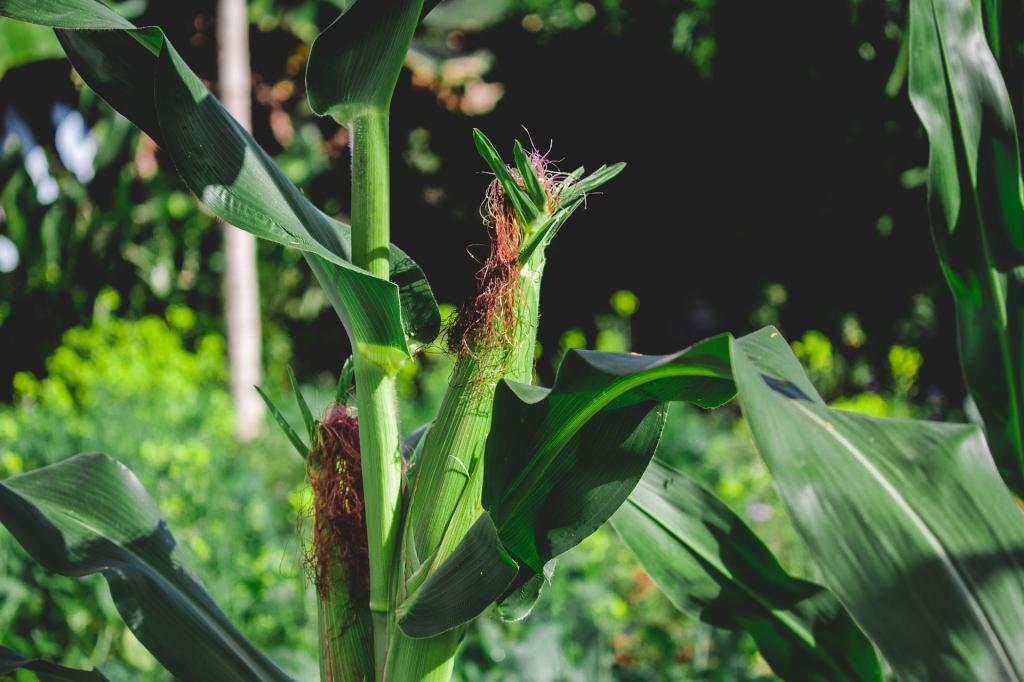 Madhya Pradesh’s farmers face a crisis after the import of maize, coupled with the nationwide lockdown to curb the spread of the novel coronavirus disease (COVID-19) has led to a price crash.

Farmers are now forced to sell their produce for around half the minimum support price (MSP) the Union government ensured for them in 2019. They have now requested the government to purchase maize under a scheme meant to promote millets.

Farmers producing maize found the market was in their favour until December last year. Maize prices were on the rise since 2018, hitting an all-time high of Rs 2,500 quintal in December 2019.

The government, however, then opened up the import of maize from other countries, including Ukraine, Myanmar and Russia, a move that led to a dip in prices.

Another major reason was the COVID-19 outbreak that led to the spread of rumours that consumption of meat caused the spread of the SARS-CoV-2 virus that causes the disease.

Poultries — significant consumers of maize — now suffer losses as a result of the rumours and are buying less, said Shivam Baghel, a farmer from Seoni district. 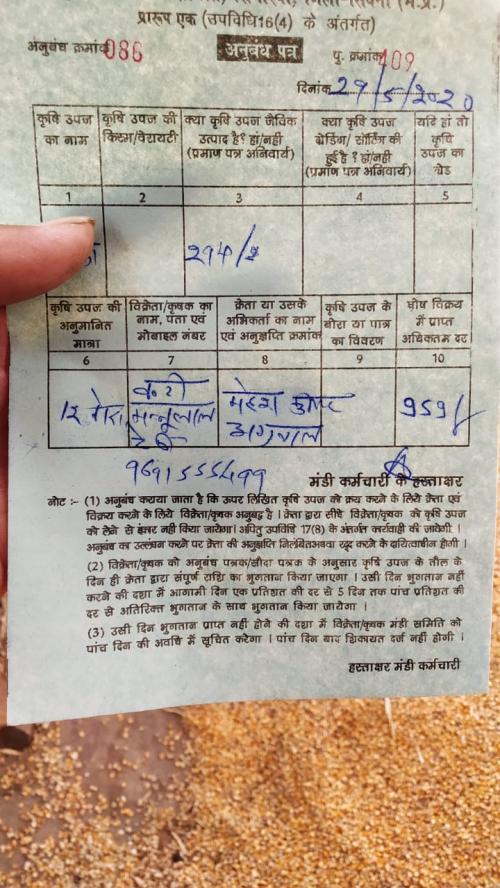 A receipt from a mandi in Madhya Pradesh that shows the price of maize at Rs 959 Photo: Kundan Pandey

These two developments led to a collapse in maize prices: Farmers who once sold their produce at Rs 2,000 per quintal now sell at Rs 800-900 per quintal, he said.

Farmers — under the banner of the Kisan Satyagrah Sangh — claimed to have suffered losses of at least Rs 15,000 per acre, they said in a memorandum to Chief Minister Shivraj Singh Chouhan sent on May 26, 2020.

The scale of the loss must be estimated by the Madhya Pradesh government, the farmers said.

“Imagine the loss in the entire (Seoni) district, especially during lockdown,” said Baghel.

A week ago, however, when he went to the local mandi with 100 quintals of maize, nobody was ready to buy his produce at Rs 975 per quintal, the price he expected.

A resident of Tusera village in Seoni said they earlier cultivated paddy in the kharif season, but because of excess water required for the crop, they shifted to maize cultivation completely.

Farmers in Sivani, Chhindwara, Betul, Narsinghpur, Harda, Hoshangabad, Mandla and Sagar districts prefer maize over other crops because of uncertain rain and high demand of their produce in the market.

The price crash, however, forces farmers to face an uncertain future if the government did not come forward with a solution.

Farmers said they will be forced to protest if the government does not ensure they get the MSP for maize.