State taxes are affecting inter-state supply for ethanol, which could, otherwise, generate additional income for farmers 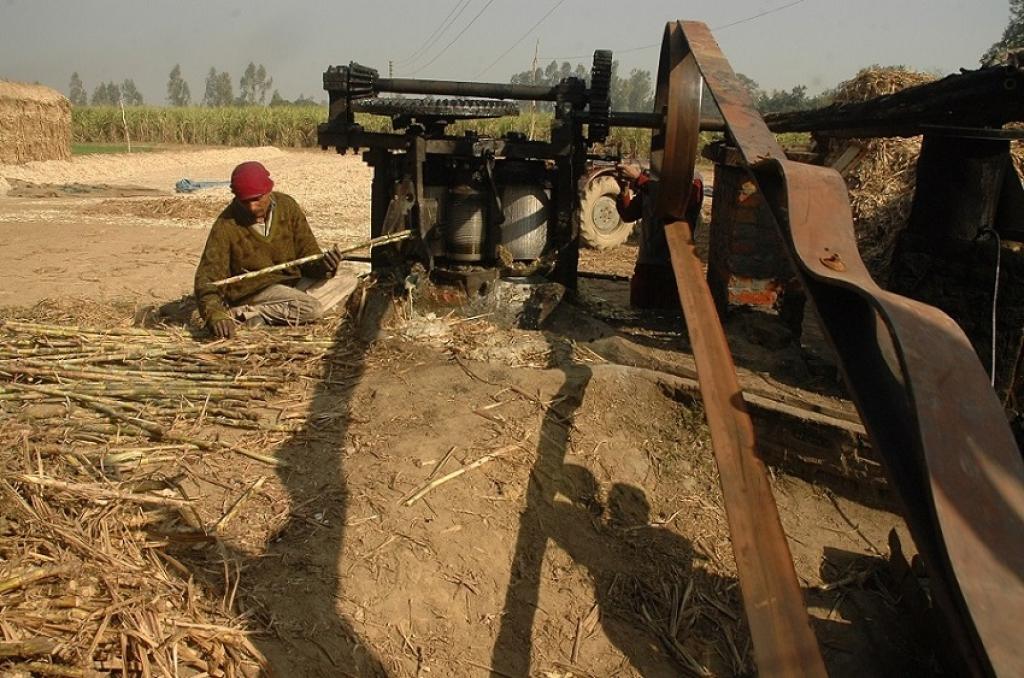 On the one hand, there is a problem of plenty (sugarcane); and on the other hand is a distress call due to dearth of sugarcane ethanol—an alcohol-based fuel produced by fermentation of sugarcane juice. It is an affordable and low-carbon biofuel, which has emerged as a leading renewable fuel for the transportation sector.

In 2016, the Centre had fixed the target of blending 10 per cent ethanol with petrol, however, later shifted the target to 2022. So far, the country could achieve 2.07 per cent blending in 2016-17 season and 3.5 per cent in 2015-16 season, according to the Parliamentary Standing Committee on Petroleum and Natural Gas. The only way the country can achieve its target is by scaling up ethanol production, which, at the moment, is not happening.

The oil marketing companies (OMCs) would need 313 crore litres to meet the 10 per cent blending target, but they could procure close to 140 crore litres in 2018. It means, like previous yeras, the target will be missed in 2017-18 season as well on account of inadequate ethanol production.

But why is the country facing dearth of ethanol when, at the same time, it is witnessing a glut in production of sugarcane, the primary raw material?

Reasons for the shortfall of ethanol production

The shortfall in ethanol supply is being felt in all the states except Maharashtra and Uttar Pradesh, the two states that contribute the most to sugarcane production in the country. This is because Uttar Pradesh has levied an export tax on ethanol, which discourages inter-state movement. Currently, the state charges Rs 2 on every litre of ethanol sold to other states despite the Prime Minister’s Office, in a letter dated May 9, clearly stating that it was illegal for the state government to tax ethanol supplies for non-potable purposes.

Instead of helping the crisis-ridden sugarcane farmers in the state open up new avenues for income by encouraging production and export of ethanol, the government is disincentivising the whole process. The sugar mills in the state owe about Rs 12,500 crore to farmers. The mills have not been able to pay the dues to the farmers due to price crash.

According to media reports, only Karnataka, Maharashtra, Gujarat and Goa have removed controls over inter-state ethanol movement meant for ethanol blending programme (EBP). Haryana, on the other hand, recently increased the levy on ethanol brought into the state from Rs 2 to Rs 3. Interestingly, no tax existed on ethanol used for blending before the new government came to power in 2016.

In a recent address to the media, YB Ramakrishna, Chairman of the Working Group on Biofuels under the Ministry of Petroleum and Natural Gas, said, “The Supreme Court has clarified that states are not allowed to control or tax ethanol supplies meant for blending with fuel and industrial purposes.”

This is directly affecting OMCs that need ethanol throughout the year and have set up storage facilities for the same when there is a dip in supplies.

In its 23rd report, the 31-member parliamentary standing committee recommended that the government "should make all efforts to intensify the procurement of Ethanol for EBP programme and achieve increasing blending percentage which also help in diversifying energy sources". The committee also asked the government and OMCs to "seriously look at establishing Second Generation Ethanol Plants" to diversify its sources and improve blending percentage.