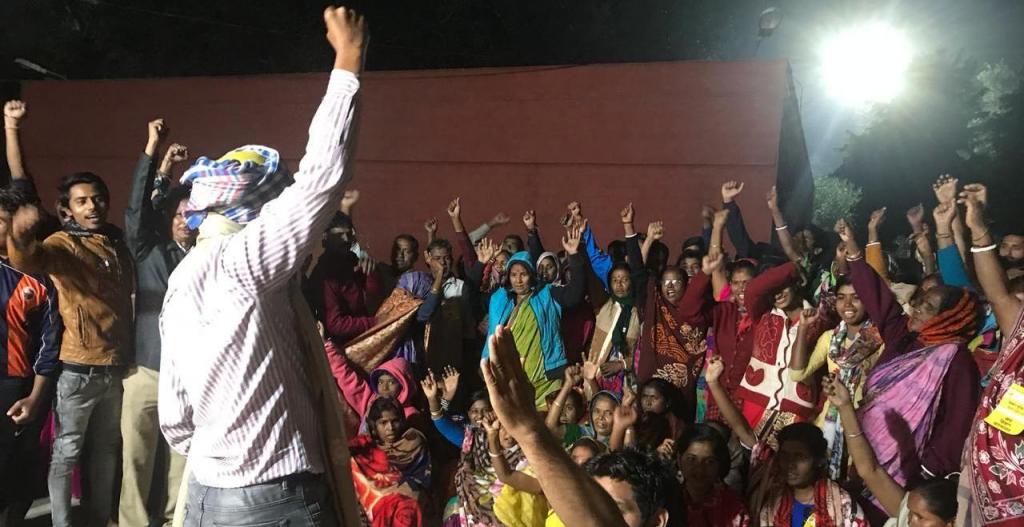 Farmers had started gathering at designated places from Wednesday night.

Farmers from across the country—reportedly attached with more than 200 organisations—Thursday morning started their march from different points at the periphery of New Delhi towards the heart of the Capital.

They had started gathering at designated places from Wednesday night, braving the cold with woollen shawls. The two-day Kisan Mukti March, led by All India Kisan Sangharsh Coordination Committee (AIKSCC), will see farmers marching to Ramlila Grounds to demand a farm loan waiver and a guaranteed price for farm produce. This will be the fourth farmers’ protest in Delhi in the last one and a half year.

“A train full of farmers mostly from southern India reached Nizamuddin railway station at 4 in the morning,” says Vijoo Krishnan, joint secretary of the All India Kisan Sabha.

The protest, which is, will see farmers gather at Ramlila Grounds to demand a discussion on agrarian crisis in a 21-day joint Parliament session.

While farmers coming from southern states like Karnataka, Tamil Nadu, Kerala, Andhra Pradesh, Telangana and Maharashtra will start their march from Nizamuddin railway station, those joining from the western state of Rajasthan would gather at the outskirts of Delhi Bijwasan and others coming in from Uttar Pradesh, Bihar and West Bengal will first gather at Anand Vihar railway station.

VM Singh, convener of AIKCC, says, “Government only takes farmers seriously when the elections are around the corner.”