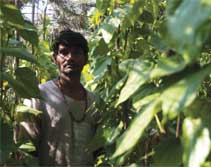 Though farmers are shying away from cultivating betel leaves owing to high input costs and decline in demand in Delhi, Odisha, Uttar Pradesh and West Bengal, it might be the only crop in Tamil Nadu where farmers play a role in determining its cost (‘Paan loses flavour’, March 16-31, 2011).

Every day, a farmer’s federation in Sholavandam, a major betel growing area in Madurai district, determines the price of betel leaves in consultation with traders. Connectivity via cell phones ensures that different regions have their wholesale and retail price adjusted to the current price at the production centre. Farmers use muringa (Moringa oleifera) as shade-giving intercrop in betel vine gardens. It is common to see betel leaves being harvested in the morning and the intercrop in the afternoon, both fetching a decent return for the farmer. Attur, another major betel growing area in southeast Tamil Nadu, has a betel vine farming community that looks after quality of produce among other things. The region, however, is suffering. For decades, farmers in the taluk used to get special status from the state government in terms of irrigation facilities. But heavy industries upstream have the authorities on their side, with water meant for farming being diverted to industrial units.

For some strange reason, betel leaf falls under the state’s horticulture department.

The article ‘Kind to Cash’ (February 1-15, 2011) is right in saying that “inaccurate BPL list is the main reason social schemes do not reach the poor”. The targeting has to be precise.

Errors in making a list, sometimes unintentional but often deliberate, are the main source of trouble. The same is the case with voters’ list or farmers’ list, which includes those whose crops were destroyed due to freak weather. Many farmers who committed suicide in Madhya Pradesh were those whose names were omitted deliberately from the compensation list. But the government was in denial for a long time, saying family quarrels led to the deaths. Ignorance and incompetence also weaken social schemes.

My photo ID card took more than four years to be created. The first time I received the card, my name and date of birth printed on it were wrong. It took a year to get the mistakes rectified. When the new card arrived, it again carried the wrong year of birth.

When I complained to the concerned officer he expressed his helplessness saying that perhaps the agency chosen for the work was incompetent. I did not pursue it further because a defective photo ID card is better than having no card. This being the state of affairs I wonder what will be the future of the unique identification (UID) programme. 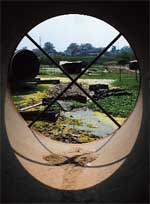 If villagers do not feel responsible for projects, and they are not established with the social conditions in mind, no project would succeed.

Having impacted over 800,000 people in Indian villages, Watershed Or-ganization Trust is one non-profit that is combating slippage and implementing effective watershed development across the country.

Time To Speak Up

Scientists today lack the social consciousness to translate their knowledge for the well being of society (‘Indian scientists: missing in action’, March 16-31, 2011). During the 70s, Y Nayudamma, the then director general of Council for Scientific and Industrial Research (CSIR), initiated project “Adoption of Backward District” that aimed at bringing science and technology to the doorsteps of those who needed it. Unfortunately, with the change of government in 1977 the project was disbanded.

Somehow science and technology have escaped social control. If technology is to serve social needs, people must be involved in understanding technology. What motivates people to be involved? Improved living and working conditions. Teaching or preaching would not help. Technology must be presented according to people’s level of understanding.

The way technology has been used has led to disparities, domination, greed and consumerism. In trying to catch up with modernism and consumerism, the general feeling is “all that is rural is bad, all that is urban is good and all that is foreign is best”. How to arrest this trend? Do values give rise to technology or technology determines values of society? Is technology to be adapted according to society or vice-versa?

It is important to zero in on an approach that would make scientists’ voices come out of the comfort zone of closed door committee rooms. Trashing scientists will certainly lead to more reticence in the public sphere.

The editorial, however, fails to take into account many aspects of the issue, like introduction of genetically modified crops. Science involved in such crops is one aspect. Socio-economic factors are another. Expert opinions from all spheres are required. Secondly, scientists are not a monolithic group in the manner in which they are referred to in the editorial. They may differ in their opinions, as was the case with Bt brinjal. There are people, including scientists, who believe there is no harm in introducing GM crops.

Some scientists are against the idea. Prominent people like P M Bhargava, former director of the Centre of Cellular and Molecular Biology, have openly opposed introduction of GM crops. Of course, merits of the claims would need to be discussed and investigated. But then, it is also true that the scientific establishment in India is dogged by an unscientific culture, in which the hierarchical structure leaves little room for honest reactions.

Instead of waiting for the scientists’ community, we should make ourselves sensitive to our surroundings with a bit of inquisitiveness. Illiteracy and superstitions have been the hallmark of Indian way of life. The rich cannot claim any exception either, though they can afford expensive education.

Our scientific community failed to warn people about the dangers of a possible leak of methyl isocyanate gas at the Union Carbide India Limited’s pesticide plant in Bhopal, Madhya Pradesh. Nor have scientists given an absolute solution for the removal of toxic chemicals from the soil at the plant site and from water bodies in the vicinity.

It is incredible how the government is at odds with itself while trying to alleviate poverty and improve food security (‘Farmers feel left out’, March 16-31, 2011).

On the other hand is the National Horticulture Mission, which supports organic farming. The 2011-2012 budget promises to support agriculture in rainfed areas. How is that possible when massive subsidies are given to chemical fertilisers that can rapidly destroy soil? Can’t the government see the dichotomy? Cash subsidies for BPL farmers under NBS can be effective only when the subsidy is provided for suitable fertiliser, be it manure or vermicompost. 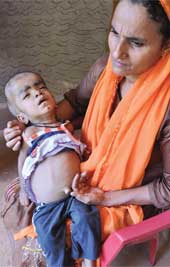 The write-up ‘New endosulfan ploy’ (March 1-15, 2011) unveils Indian pesticide industry’s bankruptcy in R&D. R&D needs an evolutionary approach and no product should be treated as ultimate in its sector.

There should be perpetual quest for improving and removing faults in the existing product. Instead of rooting for the insidious endosulfan, the pesticide industry ought to develop a better substitute as it has been doing in the past in respect of many other products. When endosulfan has been declared harmful worldwide, the Indian pesticide sector should also toe the line and contribute to the safety of society.

Scientists in the field of agriculture should strive to develop eco-friendly pesticides from bio-products.

In the rural areas of north India, bio-products have been in use as pesticides/insecticides. These include cow dung, cow urine, neem, eucalyptus leaves, garlic, cedar wood oil, mustard oil mixed with water.

In some areas in Punjab alcohol spray is used as a pesticide. 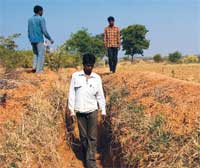 The initiative by the villages of Uttar Pradesh to dig six kilometres of channels is bold (‘Channels of change, March 1-15, 2011). It will introduce a new era of people’s participation in fulfilling their needs without taking government’s help. However, as mentioned in the article the step was not in accordance with rules and laws.

In practice, government is incapable of exerting its legally defined dominance and does not succeed in distributing water equitably. When it comes to planning water resources, the authorities do not give due importance to conditions like weather and topography.

The vision is right but the mission is not matching (‘Many a slip’, March 16-31, 2011). The challenges in context of water shortages and pollution are complex. Overcoming them is a difficult task, not impossible. The 2012 deadline of providing safe drinking water to all rural homes looks good on paper, but I see no development at the grassroots level. Differences between the plan layout and the actual development lead to mistrust, depression and conflicts among stakeholders.

All this happens mostly because of the poor or no participation of the targeted groups in the project. SWOT analysis of such projects can help understand the loopholes, paving way for need-based strategies and interventions. 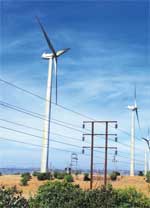 It is disheartening to note that such an ecologically and aesthetically located wildlife sanctuary, Koyna, has been allowed to be plundered by the entrepreneurs of wind mills and resorts (‘Paradise plundered’, January 16-31, 2011). Such plunders have become common throughout India. All because of lack of knowledge on conducting forest surveys, identification of boundaries and manning of jurisdictions.

Who is to be blamed for these lacunae? Answer: the forest department. The government is spending huge sums of money on training on various aspects of forestry, excluding forest surveying and forest engineering—the two subjects responsible for protection of forestlands. The Union Ministry of Environment and Forests should address this problem.