Opinion: PM-KISAN is a sop to farmers in an election year

A highlight of the 2019-20 interim budget is the provision of cash transfer worth Rs 6,000 a year to landholding farmers with holding size of up to 2 hectares (ha). This is clearly not aimed at restoring the viability of crop production. It is neither an input subsidy that can incentivise expenditure that raises productivity, nor a measure to prop up prices received by farmers as output subsidy. 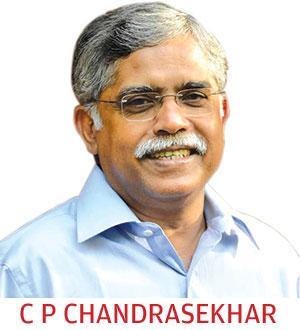 The initiative named PM-KISAN appears to be more like a basic income scheme, in which direct transfer is made to the poor. But here too, the measure seems ill-judged. It is directed at landowning households, who may not be financially worse off in some irrigated areas of India, and ignores landless agricultural labourers, who are the poorest. Also, the sum amounting to Rs 500 a month or Rs 100 per head for a five-member household is ridiculously low. Compared to this, the Rythu Bandhu scheme of Telanagana, which offers a similar land holdings-linked transfer, provides Rs 8,000 a year per acre (0.4 ha) to farmers. It offers about Rs 40,000 to farmers with 2 ha and more to those with bigger land holdings. The KALIA (Krushak Assistance for Livelihood and Income Augmentation) Scheme in Odisha provides Rs 10,000 a year to every farmer with land holdings up to 2 ha and Rs 12,500 to land- less labourers. 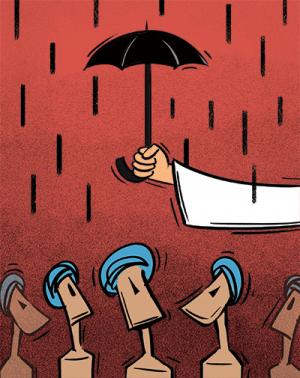 So, the direct benefit transfer, supposed to start from December 1, 2018, is meant more for effect than a substantial measure of income support. Even the demand for old age pension doing the rounds currently places it at half the minimum wage or about Rs 4,000-5,000 per month. The Union government has hyped the scheme by referring to its scale—the fact that it would benefit 120 million farmers across the country if one goes by the distribution of landholding sections in rural areas at an allocation of Rs 75,000 crore during a financial year.

But in an election year, the move means little, as it is left to the next government to fulfil it. What the ruling government was really interested in was the Rs 20,000 crore it had allocated for expenditure this year. But even this amount has been arranged for by curtailing allocations to other schemes. Much more was needed for MGNREGA than what has been actually spent. Also, the revised estimates of expenditure in 2018-19 for the Pradhan Mantri Awas Yojana and the Swachh Bharat Mission, for instance, are significantly lower than the spending in 2017-18. So, it can be concluded that the Union government has allocated old funds for a new insubstantial scheme.