Punjab to use ancient broadcasting technique to grow rice this Kharif, save groundwater 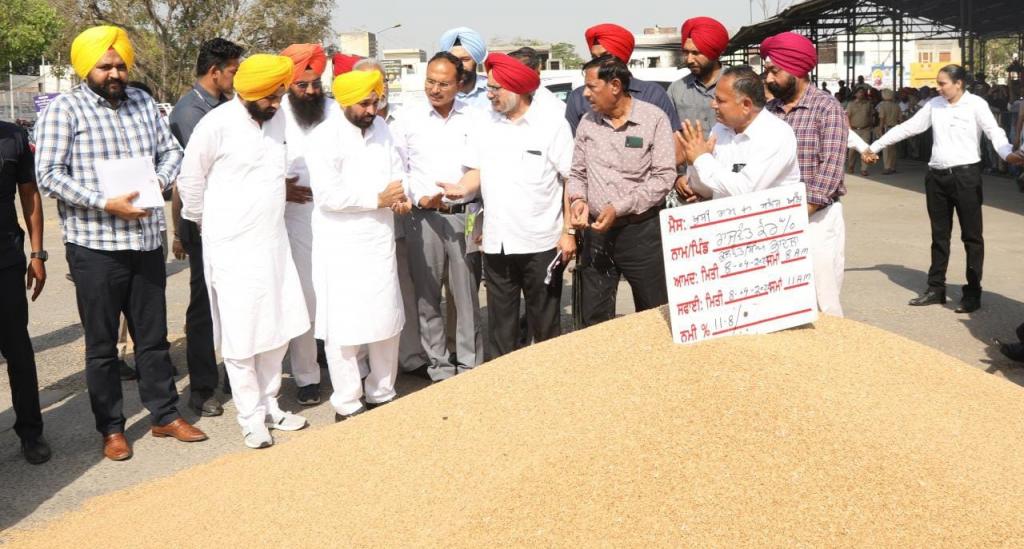 The Punjab government has decided to bring an area of 1.2 million hectare (mha) of under the Direct Seeding of Rice (DSR) method in the upcoming Kharif sowing season to conserve water while sowing paddy.

This is double the area that was sown under DSR in 2021 (0.6 mha). DSR is also called the ‘broadcasting seed technique’, under which seeds are directly drilled in the fields.

The field is laser levelled and a pre-sowing (rauni) irrigation is done. The field is prepared to optimum soil moisture condition and paddy (non-basmati) is seeded immediately. This technique saves groundwater and thus electricity, as opposed to the traditional water-intensive method.

It can help reduce water consumption by as much as 35 per cent over the traditional process of transplanting rice seedlings from a nursery to waterlogged fields.

“We are organising training camps and making short videos to spread awareness and motivate them to adopt DSR. We are also taking views of farmers who adopted DSR last year on what kind of challenges they faced so as to work on them this time,” Gurvinder Singh, director of agriculture, Punjab, said.

The government had set a target of a million hectares last year but could bring only 0.6 mha under DSR. However, this was the state’s highest so far and 0.1 mha more than the 2020 figure.

DSR has been slowly gaining popularity. It picked up more during 2020 when Punjab and Haryana faced a labour crunch caused by migration of workers during the COVID-19 lockdown and farmers shifted to DSR, which is not labour-intensive.

MS Bhullar, principal agronomist, Punjab Agriculture University (PAU) said some farmers have also pointed out that there should be regular supply of short duration variety seeds during the DSR period, like during the transplanting period and the government has agreed to that.

The government has set the period for DSR sowing between May 25 and June 5. Conventional transplanting sowing begins after June 15-20.

Rice is the major kharif crop of India and is grown in all the major agrarian states such as Punjab, Haryana, Uttar Pradesh and Bihar. Since groundwater is the main source of irrigation in these states, rice cultivation by transplanting has depleted the water table.

In Punjab, for instance, the groundwater declined in about 85 per cent of the state between 1984 and 2016, according to Central Ground Water Board data.

In such a scenario, DSR can help reduce water consumption by as much as 35 per cent, according to the 2011 study published in the journal Advances in Agronomy.

“There are only two ways to save groundwater. Either diversify from paddy to other crops or adopt water-saving techniques to grow paddy,” Bhullar said.

PAU’s recommendation for DSR in 2010 was only for medium to heavy textured soils, but demonstrations in 2020 showed the refined DSR technology can work even in sandy loam soils.

This has increased the area suitable for DSR in Punjab to 85 per cent from 45 per cent, Bhullar said.