A new upper air trough has hit India, changing the weather conditions across the central and southern regions of the country

Thunderstorms are set to return in parts of Central India after they brought severe weather a month ago. A new upper air trough (see image below) is set to reach India, November 30 onwards, which will create conditions favourable for outbreak of storms. As the week progresses, this trough and associated thunderstorms will move eastwards, covering states like Rajasthan, Madhya Pradesh, Uttar Pradesh, Chhattisgarh, Jharkhand and possibly Bihar.

Troughs are elongated low pressure regions in Earth’s troposphere (lowermost part of atmosphere where weather systems exist) that are powerful enough to change a bright sunny morning into a stormy afternoon.

The round of thunderstorms in Central India will begin from November 30, Monday. These will be experienced in the northern and western parts of Madhya Pradesh and South-eastern Rajasthan (Kota-Sawaimadhopur) for two days.

On December 2, a large region comprising of North-eastern Madhya Pradesh, Southern Uttar Pradesh and parts of Jharkhand and Bihar can get some rain. December 3 onwards, the weather will start normalising in Central India. These thunderstorms would be capable of bringing localised heavy downpours, lightning and some winds.

The thunderstorms may turn severe, given the availability of required conditions. The freezing level (pressure level in troposphere with temperature of 0°C) has dropped below normal in Madhya Pradesh which will be ideal for occurrence of hailstorms. Hailstorms are anticipated in south-east Rajasthan (around Kota), Northern Madhya Pradesh (Guna-Gwalior belt) and neighbouring districts of Uttar Pradesh. They are expected to progress towards North-western Madhya Pradesh and adjoining parts of Uttar Pradesh on Wednesday.

As per agricultural experts, this round of rain will be beneficial to Rabi as it stands to improve the soil moisture. However, localised heavy downpours (or hailstorms, if they occur) will have a potential to damage the horticulture and harvested crops in these areas, especially Madhya Pradesh. After December 3, northerly winds will dominate in many parts of India including Central India and enable drop in temperature in these areas, which have been above normal in November. 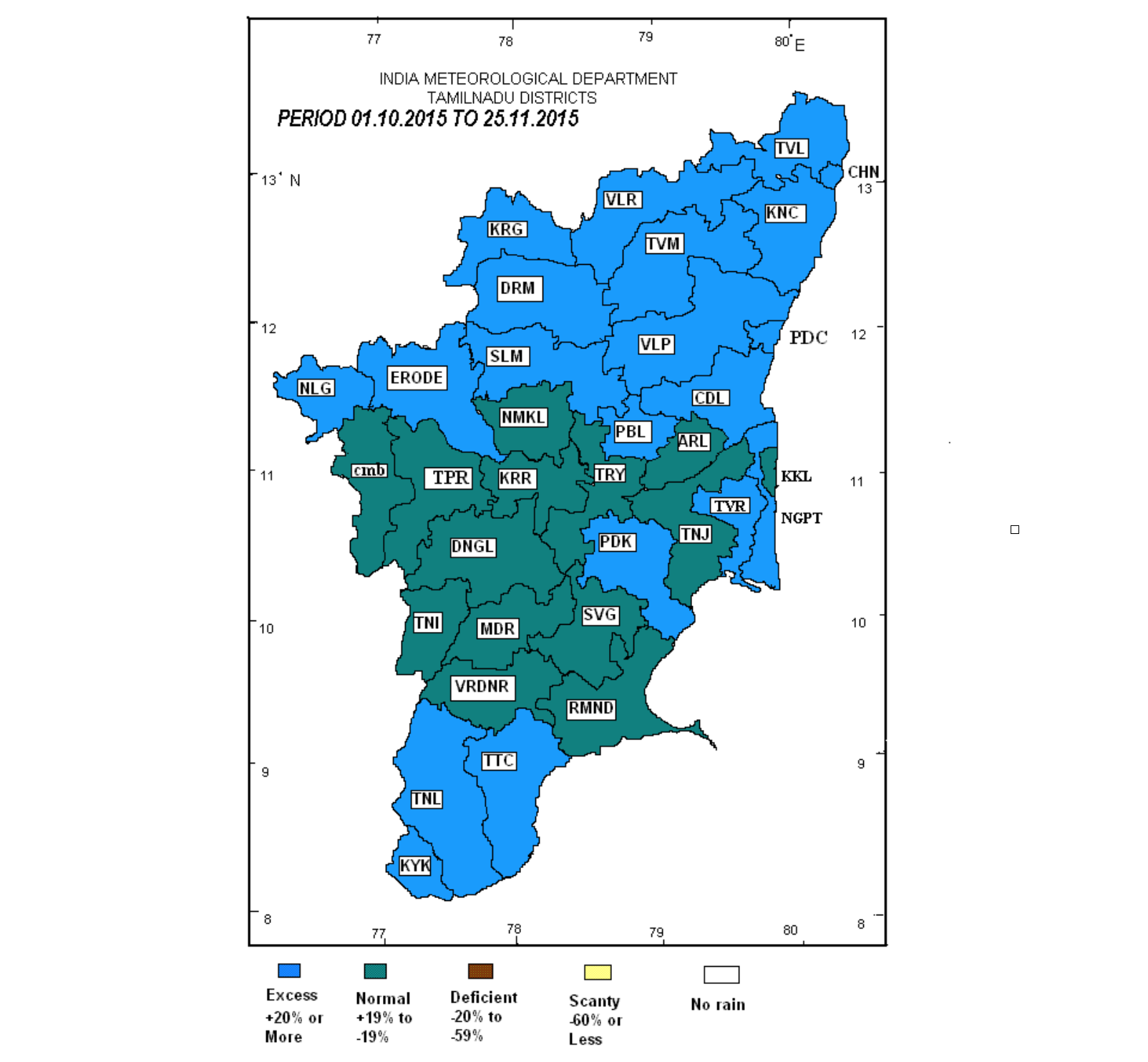 Coastal and interior parts of Tamil Nadu recently witnessed heavy north-east monsoon rain which caused massive flooding. North-east monsoon period (October to December) is a major period of rain activity in Southern India and accounts for 48 per cent of Tamil Nadu’s annual rainfall as per a India Meteorological Department report.

Under the influence of a new low pressure system in southern Bay of Bengal, parts of Andhra Pradesh, Pondicherry and Tamil Nadu will witness rain in this week. Places in Tamil Nadu will get occasional moderate to heavy rain in this week that can create fresh water logging in cities like Chennai and add to existing problems due to flooding. There will be flooding potential in coastal areas of Andhra Pradesh as well.