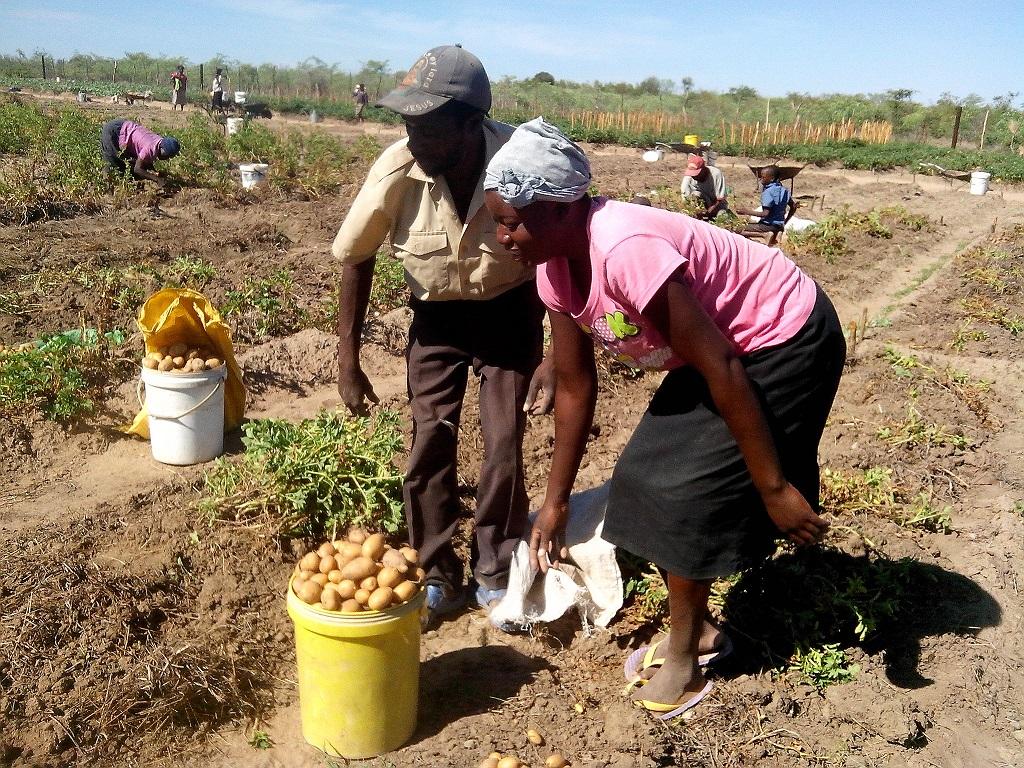 Over 80 per cent farmers in Zambia are predominantly reliant on rain-fed agriculture. Credit: CDKNetwork / Flickr

Given the frequency of erratic monsoon and deficient rainfall, long-term measures are needed to develop a sustainable and climate-resilient agriculture sector that can contribute to food security and job creation.

The government claims being committed to engage key stakeholders to develop initiatives that will help small-scale farmers adapt to changing climatic challenges.

Referring to climate change as a problem that not only affects environment but also agriculture, energy generation and infrastructure development, the Minister of National Development and Planning Alexander Chiteme emphasised the need for prioritisation of interventions.

The Ministry of National Development Planning is providing information to small-scale farmers on climate change to help them plan appropriately. "The project will support farmers in developing measures to switch to drought-resistant crops and reduce their vulnerability due to climate change," says Chiteme.

Despite the fact that agriculture significantly contributes to production of food crops like corn, over 80 per cent of country’s total farmers remain predominantly reliant on rain-fed means of producing their crops and any disruption in weather patterns severely affects their well- being.

The Zambian government has selected two projects— agriculture and electricity generation development—for receiving financial boost from the Green Climate Fund (GCF). These two are within the priority sectors of the country’s Seventh National Development Plan (SNDP).

“In Zambia, energy generation is almost entirely dependent on hydropower, which contributes 84.5 per cent of total installed generation capacity. Changes in climatic conditions lead to insufficient rainfall and drought. Non-availability of water resources for hydropower generation puts the country at risk, which graduated into reality in 2016 when the consequence of insufficient water resources manifested in load-shedding averaging eight hours a day and increased power imports by 178.26 per cent,” says Chiteme.

According to the minister, there was need to invest more in renewable energy—both on- and off-grid—to boost production and improve livelihoods.

"Currently, power connectivity in the rural areas is at four per cent and this increases poverty levels, affecting mainly women and children. Children are, at times, pulled out of school to attend to household chores such as water and firewood gathering. Similarly, the burden of women as food producers and homemakers increases," rues Chiteme

The above reasons, according to him, compelled the government to invest significantly in climate change adaptation and mitigation programme to reduce negative impact on country’s economic growth.