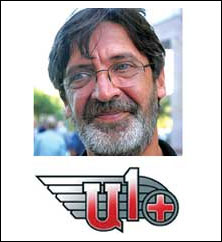 A popular independent Armenian television station plans to resume broadcast over the Internet more than eight years after it was taken off air by authorities, said the news agency Radio Free Europe. Mesrop Movsesian, the owner and director of the A1+ TV channel, said Armenians will be able to watch its programmes live on the Internet.

“We had been considering Inter-net broadcast. The poor performance of Internet service providers did not allow us to do so. But now everybody has moved forward,” he told the news agency.

Movsesian referred to the improving quality and falling cost of Internet connections in Armenia. Information technology experts estimate about a fifth of the country’s population now has regular access to Internet service.

A1 lost its broadcasting frequency in April 2002. The National Commission on Television and Radio, a presidentially appointed regulatory body, gave its licence to another broadcaster that was loyal to the government.