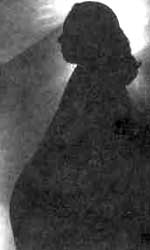 INDIA will start clinical trials this year of the anti-HIV drug, AZT, on pregnant women, despite high costs and doubts about its efficacy. The trials will be conducted in Mumbai, Tamil Nadu and Kerala, say officials at the Union government's National AIDS Control Organisation (NACO), The government has identified these centres because of the existing large number of hospital cases reported in these places, said J V R Prasad Rao, additional director general of NACO. The government is also finalising a list of research institutes that would supervise the trials, he said.

The tests are being car-ried to double-check the success of AZT on mv-posi-tive pregnant women con-ducted in countries around the world including Thailand, said D Sengupta, advisor to NACO. He says the drug, a 'protease-blocker' when admin-istered from six months of pregnancy onwards, reduces the viral load in the mother's blood.