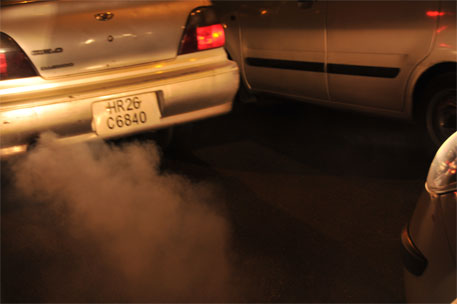 There was no place for air pollution in the Bharatiya Janata Party’s (BJP) election manifesto. Around 50 per cent of Indian cities are severely affected by particulate pollution which is a public health hazard.

The BJP manifesto had, however, talked about building an integrated public transport system to discourage the use of private vehicles in urban areas.

“The BJP realises the importance of travel for the vibrancy of the economy and social unity. BJP will create a public transport system, which can reduce the dependence on personal vehicles for transport…,” the manifesto had stated.

Another promise was to initiate building of 100 new smart cities with the latest technology and infrastructure facilities by adhering to sustainability concepts like walk-to-work.

An assessment of the yearlong work of the Modi government shows that not much has been done on clean air and sustainable mobility fronts.