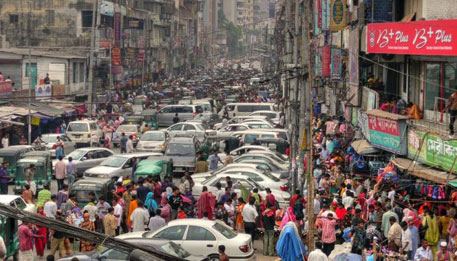 Air pollution caused by human activities has played a “significant” role in reducing rainfall over the past 50 years, says a new study by the University of Edinburgh.

The scientists of the study found that “emissions of tiny air particles from man-made sources—known as anthropogenic aerosols was responsible for the reduction of rainfall in the second half of the 20th century”. During this period, “the levels of rain recorded during the Northern Hemisphere’s summer monsoon fell by as much as 10 per cent”, researchers say.

“This study shows for the first time that the drying of the monsoon over the last 50 years cannot be explained by natural climate variability and that human activity has played a significant role in altering the seasonal monsoon rainfall on which billions of people depend,” says Debbie Polson of University of Edinburgh’s School of GeoSciences.

The scientists say high levels of aerosols in the atmosphere cause heat from the sun to be reflected back into space, lowering temperatures on the Earth’s surface and reducing rainfall. And, it adds that levels of aerosol emissions have increased considerably since the 1950s, with the most common sources being power stations and cars.

The study, which has been published in the Geophysical Research Letters journal, warns that changes to global rainfall patterns can have consequences for human health and agriculture, as summer monsoons are “an integral component of Earth’s hydrological cycle and affect the lives of billions of people”, largely in the likes of India, Southeast Asia and parts of Africa.

The team based its research on the average summer monsoon rainfall in the Northern Hemisphere between 1951 and 2005.