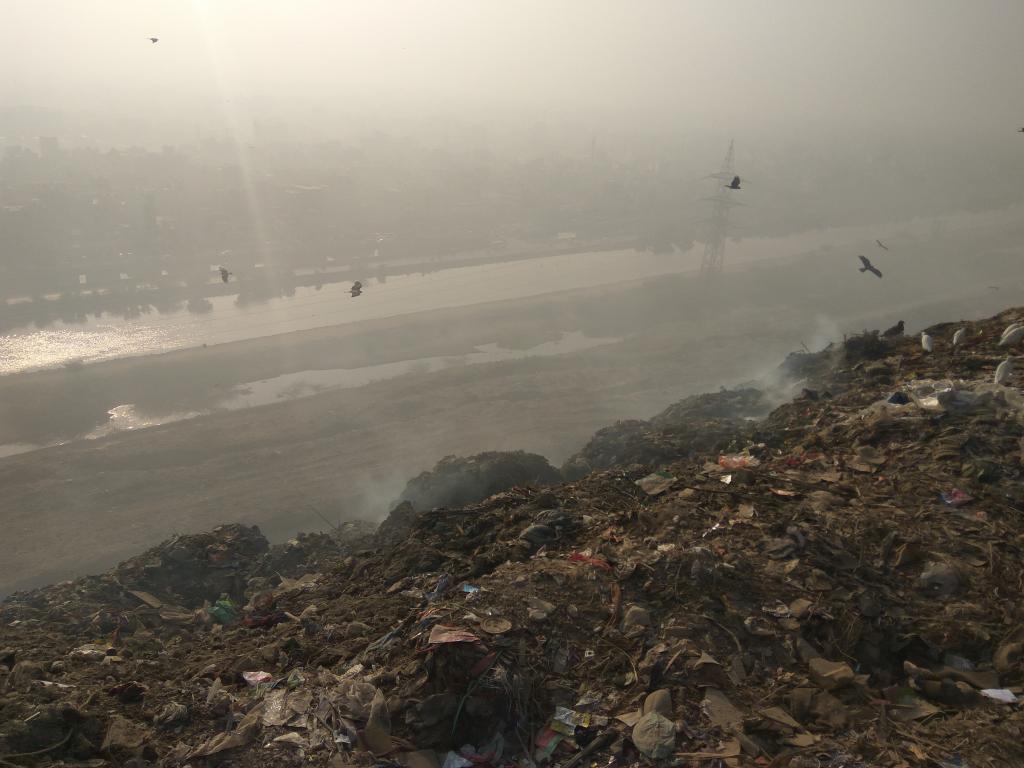 Anand Vihar, located at New Delhi border with Uttar Pradesh, is notorious for its high level of air pollution. The region has become a pollution hotspot due to vehicular traffic, waste burning and industrial pollution. Pollution monitoring conducted by Delhi-based Centre for Science and Environment (CSE) has found that exposure to harmful gases may be higher than previously thought.

Anand Vihar has recorded some of the highest levels of air pollution in Delhi-NCR as many pollution sources lie in its vicinity. Sahibabad and Patparganj areas, situated close to Anand Vihar, house several industrial units that use a variety of polluting fuels. National Highway (NH) 24 is also laid out close to the area. NH 24 is a heavy traffic route, used by many vehicles to enter and exit Delhi. The highway remains chronically congested and adds to vehicular emissions. 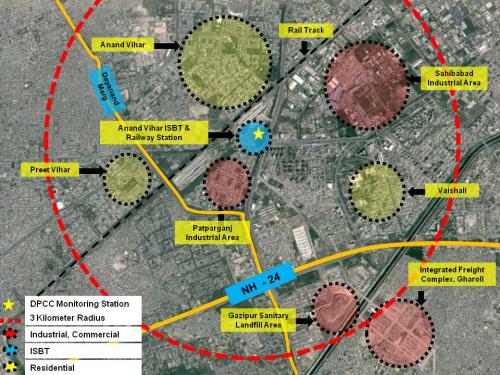 An air quality monitoring station, operated by the Delhi Pollution Control Committee (DPCC), is placed inside the Inter-State Bus Terminal (ISBT) at Anand Vihar. ISBT has a high concentration of vehicular emissions as hundreds of inter-state buses operate there. Most of these buses run on diesel, since states other than Delhi lack any fuel-based restriction. The station records ambient levels of pollutant gases like NOx, CO2 among others, and particulate matter.

The CSE measured the exposure levels in five locations within Anand Vihar. Exposure level is the amount of pollutant concentration an individual is exposed to in real-time, as opposed to background ambient air quality, which is a measure of the overall pollutant levels in the area. Exposure data correspond to the real-world concentrations that individuals may encounter in their daily activities, in comparison to ambient data which is regulatory in nature.

The CSE has used portable DustTrak DRX Aerosol Monitor 8533 to monitor the PM2.5 concentration every minute. The monitoring was done for an hour.. The monitoring was done at the height a normal person breathes to see how much a person actually inhales on the ground. It was then compared to the same hourly readings given by the nearest DPCC monitoring station which is situated at a higher level. Data recorded using CSE’s portable particulate matter monitor shows that people are exposed to higher levels of pollution than the ambient pollution levels suggest. Exposure to pollutants is three times higher than the background ambient levels reported by DPCC stations. 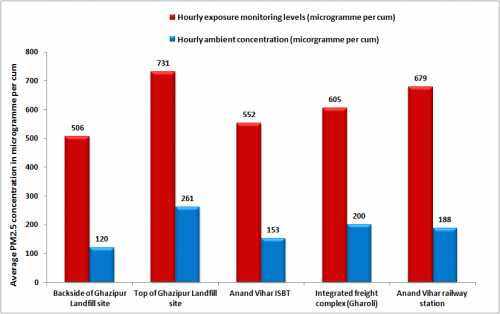 Getting ahead of bad air

To control emissions from Patparganj and Sahibabad industrial areas, the non-profit suggests that Central Pollution Control Board and DPCC should assess the region to sign control measures.

CSE adds that Ghaziabad is a critically polluted industrial area and CPCB should draw an action plan for urgent implementation.

Citing vehicular pollution as another prime cause of air pollution, CSE asks for action on visibly polluting diesel vehicles. Carry out PUC tests, and prosecute and penalise polluting vehicles, it says. Improving public transport connectivity to reduce congestion was also one of the recommendations. CSE also emphasises on improving enforcement of measures related to trucks.