How does vacuum cleaning of roads change exposure to pollutants? 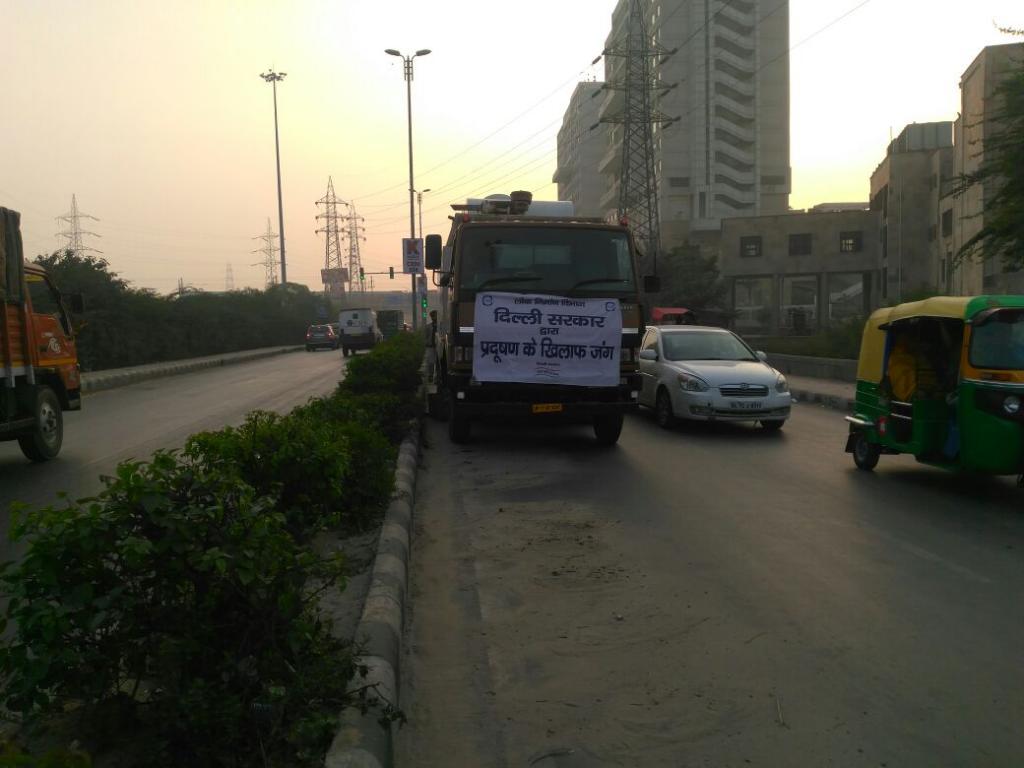 Delhi government is vacuum cleaning roads to control dust pollution and bring down the overall pollution level in the city. The cleaning process started on December 8 on Mayur Vihar’s Ghazipur road. The overall ambient air of the region is saturated with pollutants due to traffic, smoke from Ghazipur landfill, and construction of flyover, metro rail and housing complexes.

The vacuum cleaner truck used was in compliance with the Central Motor Vehicles Act, retrofitted with a sweeping device and a suction machine. The attached brush instigates dust particles and the suction machines collect the dirt. The machine can remove 4 cubic meter of dust in eight hours. The collected dust is dumped to the Ghazipur landfill site.

CSE carried out a diagnostic exposure monitoring of particulate matter of less than 2.5 micron size (PM2.5) on that stretch. Collected data showed improvement in air quality post-vacuuming. Roadside particulate concentration reduced by less than 10 per cent after vacuum cleaning—the PM2.5 concentration an hour before cleaning was 562 microgram per cubic metre (PCM) against the 517 microgram PCM an hour after it.

Exposure reduced after vacuuming: it was three times higher than ambient concentration before cleaning and reduced to 2.8 times higher post the process. 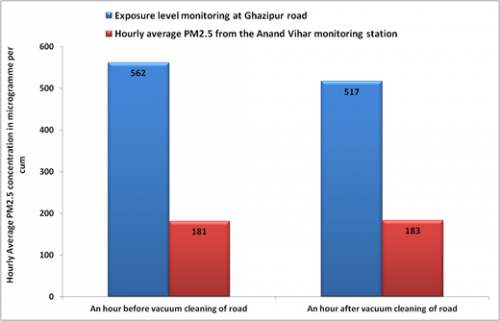 The monitoring, says CSE, was influenced by the continuously rising volume of traffic. The number of vehicles passing by before cleaning was 40-60 per minute which increased to 70- 90 vehicles per minute after the process. The overall ambient concentration of PM2.5 recorded at Delhi Pollution Control Commission’s closest monitoring station also increased in the period.

Its study, CSE said, was preliminary and detailed assessment with more readings is needed for more robust and consistent results.

Despite recording marginal change, CSE suggested that scaled-up vacuum cleaning operation on vulnerable roads, along with other strategies can help to reduce dust load in the city.A study from IIT Kanpur found that 22,165 kilogram of road dust (which contribute to PM2.5) is generated every day in Delhi. Sustained and wide scale vacuum cleaning can help to remove substantial amount of dust, CSE said. However, limited availability of expensive machines can curtail the exercise. Other measures like sprinkling water, paving roads, redesigning pavements, vegetative barrier, and restricting vehicular movement on unpaved roads are also needed to control dust pollution.